Physiological changes in marine animals are known to be caused by ocean acidification but, explains Sue-Ann Watson, it’s only recently that scientists have become aware of behavioural changes too.

Words by Sue-Ann Watson
Cover image
A siphon on a giant clam surrounded by the vibrant colours of its mantle. Like corals, giant clams have a symbiotic relationship with photosynthetic algae called zooxanthellae.
Photo by Ethan Daniels | Shutterstock.com

Covering more than 70% of the earth’s surface, the oceans contain 99% of the living space on our planet. But this vast body of water is being altered by our actions on land and in the air. Carbon dioxide (CO2) emissions from the combustion of fossil fuels, industrial processes and large-scale changes in land use are contributing to global change in the terrestrial and marine biospheres. Currently we’re adding an extra 36 billion tonnes of CO2 to the atmosphere every year.

The oceans are in balance with the atmosphere and act like a giant sponge, absorbing CO2 from the air. Since the beginning of the Industrial Revolution, they have absorbed approximately one-third of all human CO2 emissions. Although this helps to remove CO2 from the atmosphere and so reduce greenhouse gas effects such as warming, CO2 in the oceans creates other problems. Once in sea water, CO2 dissolves like gas in a fizzy soft drink. We all know that fizzy soft drinks are acidic and can corrode our teeth. This same chemical process is happening in our oceans. When we record the pH (a measure of acidity) in our oceans now, we can see that they have become more acidic by 0.1 units. This may not sound like much, but pH is measured on a logarithmic scale, so a difference of 0.1 units actually means this extra CO2 has already made the oceans 30% more acidic than they were 250 years ago. This process is called ocean acidification.

Right now, ocean chemistry is changing 100 times faster than at any period in the past 650,000 years. Projected changes in ocean pH are greater and far more rapid than any experienced in the past 24 million years and possibly the past 300 million years. If we continue our business-as-usual CO2 emissions, in just 85 years – at the end of the century – the oceans will be 100–150% more acidic than they were before the Industrial Revolution.

Cover image
A siphon on a giant clam surrounded by the vibrant colours of its mantle. Like corals, giant clams have a symbiotic relationship with photosynthetic algae called zooxanthellae.
Photo by Ethan Daniels | Shutterstock.com 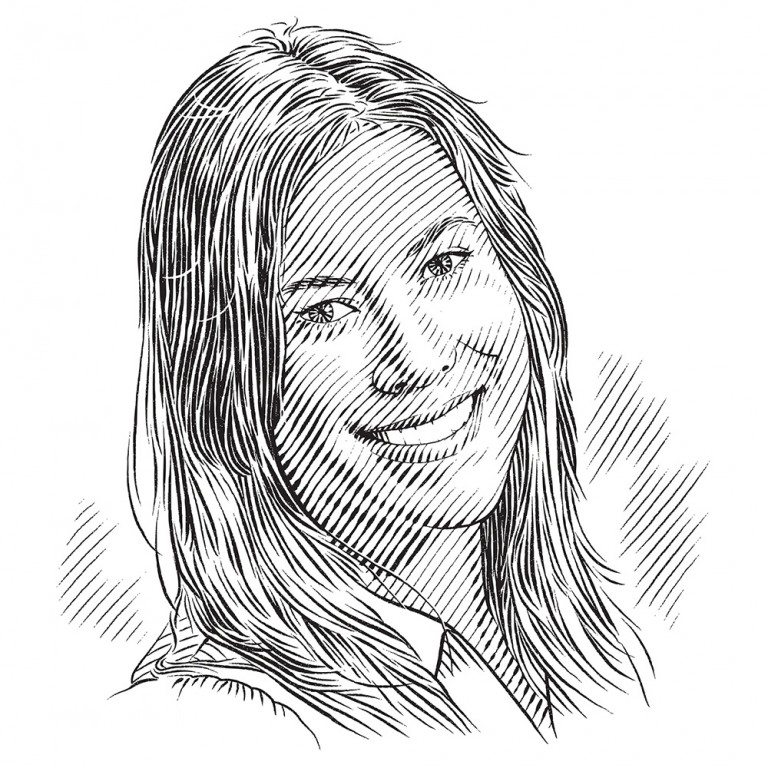 Marine ecosystems are threatened by this increasing CO2 enrichment of the oceans. In the same way that an acid like vinegar can dissolve the limestone scale in your kettle, the rising acidity in the ocean can make it difficult for shell-growing marine animals, like oysters, mussels, clams, krill and sea urchins, to grow and maintain their limestone shells. We’ve learnt that the survival rates of oysters and giant clams decrease as CO2 levels increase. Many other researchers have found negative effects in shell-growing species, and in recent years oyster farms on the west coast of the USA have experienced failures in juvenile oyster recruitment as a result of increasing sea-water acidity.

Now a new and unexpected problem is being revealed. We recently discovered that increasing oceanic CO2 levels are changing the way marine animals think and behave. Scientists from James Cook University in Queensland, Australia, first made the surprising find while working on coral reef fishes. They observed that, as CO2 levels rise, the fishes lose their sensory abilities, such as smell, vision and hearing, and are even attracted to the smell of predators. In addition, fish learning and competition between species is disrupted.

Bony fishes, such as coral reef fish species, are quite different to elasmobranchs, like sharks and rays. We had learnt that the behaviour of these bony fishes was altered by rising CO2 levels, but we didn’t know about potential changes in the behaviour of sharks or other elasmobranchs. Sharks can be quite good at regulating their internal tissues and may possess physiological adaptations that help them to cope with rising CO2 levels. For example, we discovered that epaulette sharks modify their blood chemistry to stop their body fluids from becoming too acidic. Other scientists have found a similar pattern in small-spotted catsharks. So far, these studies have been conducted on small, bottom-dwelling shark species that tend to experience natural CO2 fluctuations in their environment. Sharks that live in more stable open-ocean, pelagic environments may be less tolerant to rising CO2 levels.

Last year scientists started examining shark behaviour too and found that it can also be affected by ocean acidification. Smooth dogfish sharks avoid food odours and show reduced attack behaviour, while swimming patterns in small-spotted catsharks change when CO2 levels are high. We next need to determine the effects of rising CO2 levels on other elasmobranchs.

Although we’ve understood for a while that ocean acidification causes shell-growing problems, its potential effects on invertebrate behaviour have been unknown. Invertebrates are critical for the functioning of all marine ecosystems and dominate the lower trophic levels that support marine food webs. Although we knew very high CO2 levels could change crab behaviour, these levels were many times higher than the changes that could occur in the oceans. I wanted to investigate the potential effects of end-of-century CO2 levels to determine whether ocean acidification could be a problem for invertebrate behaviour.

Generally when we think of snails, it is slow, slimy land snails that come to mind. The oceans, however, often have a surprise for us. Tropical conch snails have evolved a modified foot and shell trapdoor so that they can jump away from their predator, the venomous, slow-moving cone shell. This behaviour is readily observed, so I used jumping snails as a test species. I found that at elevated CO2 levels, half the snails stopped jumping away from the predator. Those that did jump took twice as long before deciding to do so, and when they did jump, it was along a path closer to the cone shell. Their physical ability to jump was not affected, indicating that it was their decision-making that was impaired.

Last year, we also found that the activity and defensive behaviour of squids were altered by ocean acidification. Other new research from Chile has revealed that when CO2 levels are elevated a commercially important temperate snail changes its self-righting and predator-avoidance behaviour. These studies on molluscs are the first to show that ocean acidification affects the behaviour of marine animals other than fishes. Impacts on shell-growth and now behaviour present a double problem for shell-growing animals such as shellfish.

We’ve found that rising ocean acidity hampers brain and nerve function in sea creatures by interfering with a neurotransmitter receptor called the GABAA receptor. These critical neuroreceptors are found throughout the animal kingdom, from simple creatures like hydra to more complex animals like mammals. Ocean acidification causes chemical changes in sea water that mean water-breathing animals need to make compensating adjustments in their bodies. As CO2 increases, fish excrete chloride ions and accumulate bicarbonate ions to help prevent their bodies from becoming too acidic. It is these changes that we think lead to abnormal behaviour, as the altered ion balance excites rather than inhibits the GABAA receptor.

It is important to consider the potential for animals to adapt to change. Interestingly, we’ve shown that over generations fishes can adjust their growth and metabolism to higher temperatures and CO2 levels. If parents experience elevated CO2 and temperature conditions, then their offspring function as normal in these conditions. This adjustment is called acclimation. However, when we test fish behaviour, even if the parents experience an elevated CO2 environment, no benefits are passed on to the offspring. This indicates that adjusting, or acclimating, across generations cannot fix behavioural impairments. What this means is that we will need to see genetic adaption, which is random chance mutations in genes, if the behavioural changes associated with ocean acidification are to be overcome.

Altered behaviours of bony fishes, invertebrate groups such as snails, squid and crabs, and sharks could have potentially far-reaching implications for marine ecosystems. These animals are essential for ecosystem function and provide significant goods and services to human societies. Changes in key ecological behaviours, such as predator-avoidance strategies and feeding responses, could result in changes to species interactions that may have widespread consequences for marine food webs. Predator versus prey battles in ocean food chains may become different to what we see today.

The oceans face a variety of human challenges that include overfishing, the destruction of habitats, dredging and increased sedimentation and turbidity, the accumulation of plastic waste, nutrient run-off from land and warming temperatures – all these in addition to ocean acidification. We do not yet understand the complete individual and cumulative consequences of these challenges for ocean life. Even if fishes can acclimate to ocean acidification, we don’t know the full extent of its impact on their well-being and that of the ocean at large, and the combined effects of human-related threats remain unknown. As we change the planet and the way it functions, we are heading into uncharted territory. What we do know is that the oceans provide us with food, clean air and climate moderation. Finding solutions soon, before CO2 levels rise much higher, will be of substantial and long-term environmental, social and economic benefit to mankind. 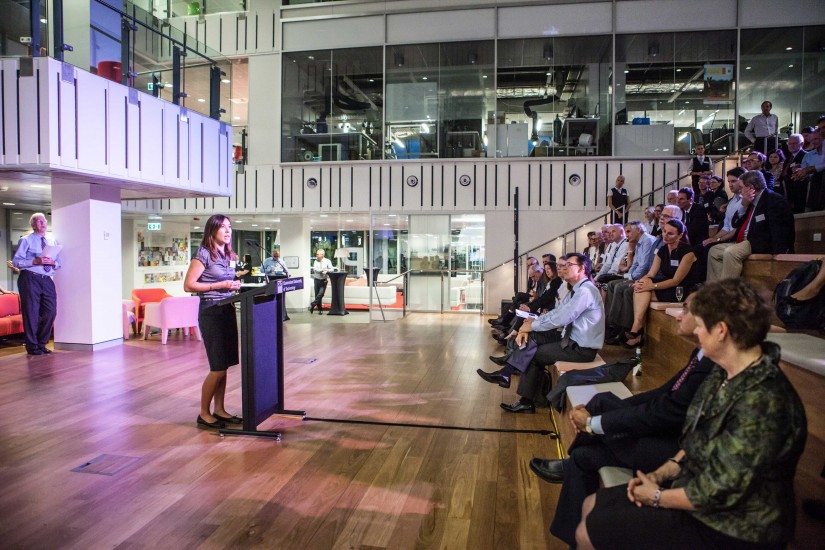 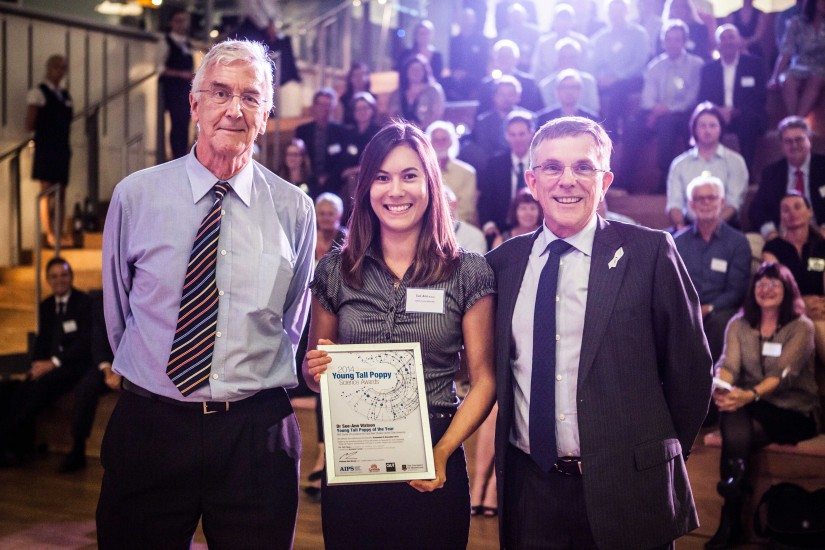 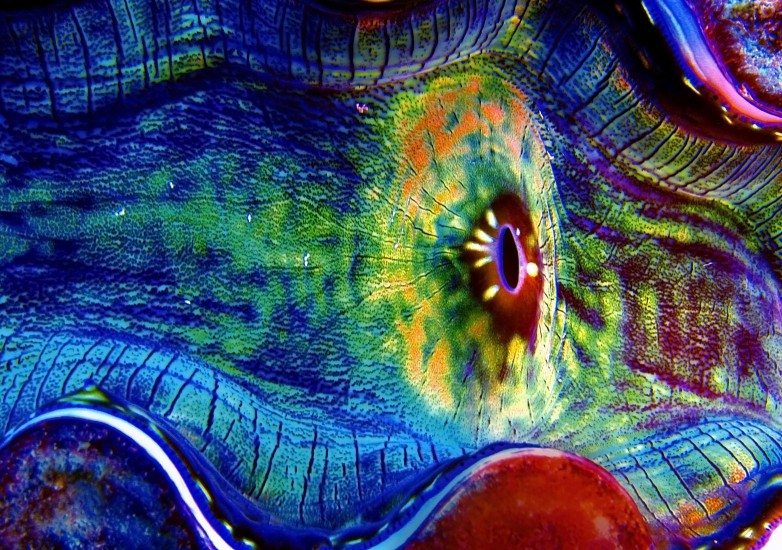 Close up of giant clam in the pacific ocean (philippines) Photo by Marcus Efler - ShutterStock.com
Project

Giant clams: turning up the heat

Giant clams can weigh up to 300 kilograms. Sue-Ann is trying to predict how they will fare as our oceans become more acidic in a warming world, creating a hostile environment for animals that have calcium carbonate shells.

INFORMATION ON THIS PROJECT