When I was a kid my greatest nightmare was being the only survivor of a plane crash in the ocean and being eaten by a shark. What a crazy fear to have. I did not grow up near the ocean and I did not have much to do with marine life. In fact, I was born in Germany and grew up in Bolivia, in the middle of the Andes, far away from the sea. I never thought I would work as a marine scientist. I was more of an artist, a creative person, but I always loved nature. When we moved to Ecuador, I became even more fascinated by nature, especially marine life. There I was confronted by the most beautiful and sad things I had ever seen. The Amazon, the Andes, the Pacific and the Galapagos. I ended up studying marine ecology and swimming with sharks, the creatures I had feared for so long. I got involved in conservation projects, I studied their behaviour and I understood the importance of preserving them.

Today, my biggest nightmare is being the only survivor of a plane crash in the ocean and not seeing any sharks while I’m waiting to be rescued. 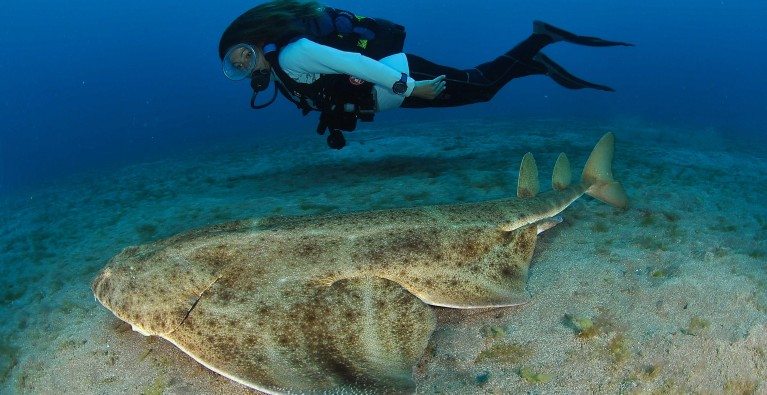