Every scientist has a defining moment in their life that led them to their career. For me that moment came when I was about four years old. I was fascinated by dinosaurs. The wonderful plastic models with the Latin names embossed on their bellies kept my attention for many days and nights. After a few months, I announced to my mother that I wanted a pet dinosaur. Sadly, that was not to be. I learned the term ‘extinct’, that some things were gone forever, and that there were things so old that even my grandparents had never seen them.

I also learned that turtles lived at the time of dinosaurs, so they became my ‘substitute dinosaur’ pets. I grew up with turtles in the house. Much of my reading about turtles described species, their natural history and their care. As I outgrew the children’s sections of the library, my pet turtles thrived. I still have a few of them decades later.

My familiarity with turtles led me to biology. Throughout my university education I gained experience in a number of scientific areas and with many organisms, including fish, crabs, frogs, flies, primates, pigeons, snakes and sharks. But turtles held my focus; they are ancient, fascinating and among the most imperilled species.

I had never kept sea turtles as pets, but I was fascinated by them. They are turtles that defy norms: they have flippers, migrate long distances and cannot withdraw into their shells. They start life very small and grow very large. We know strikingly little about their lives at sea. 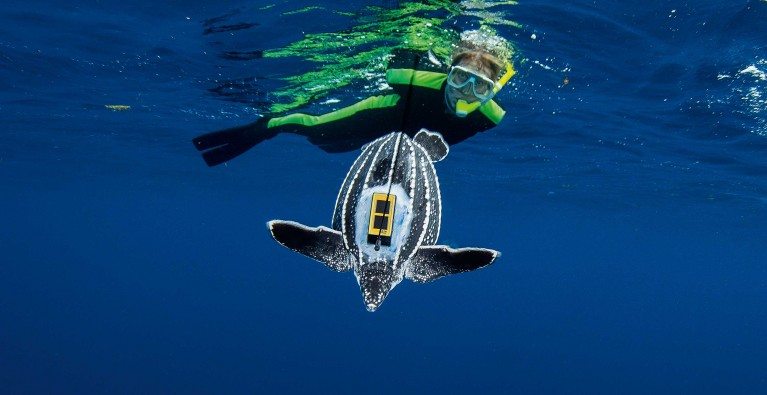