The most influential role models we have growing up are unequivocally our parents, through their genes and the environment they create for us. Then, as the world expands around us, we look up to other people who will act as figureheads throughout our lives. For me, a passion for the oceans originated from Jacques-Yves Cousteau’s influence and a fascination for sharks was sparked by a few people who recognised their plight long before it made headlines. Dr Eugénie Clark, affectionately known as ‘the Shark Lady’, was one of these pioneers. She passed away at the honourable age of 92 on 25 February 2015, leaving not only an incomparable legacy in shark research and conservation, but an inspiration for everyone who is currently helping to dispel the effects of Jaws and better understand these ‘magnificent and misunderstood’ creatures, as described in the title of an article she wrote for National Geographic Magazine in 1981.

When I met last Genie, in January 2013, she still had the unique and fresh energy that helped sharks worldwide for more than 60 years. Her office was the best shark museum in the world, filled with photographs, reference books and memorabilia of all kinds. I am very proud that Dr Eugénie Clark was one of the Save Our Seas Foundation’s honorary scientific advisers, and I know that her heritage will continue in current and upcoming chondrichthyan researchers worldwide.

The current issue of the Save Our Seas magazine is once again a celebration of the present. Our main feature is about False Bay, at the south-western tip of South Africa, and showcases the results of the first Marine Conservation Photography Grant we held in 2014. Our two winners, Mac Stone and Joris van Alphen, have explored and documented the intricate relationship between humans and endangered fishes in this incredible ecosystem. We also take a closer look at the relationship between science, the media and the public to better understand the importance of balance in conservation news. And, to honour shark research and legacies further, we celebrate the 25th anniversary of the Bimini Biological Field Station with its founder, Dr Samuel Gruber. I hope that the stories presented in these pages will continue to inspire future generations of scientists, conservationists and educators. 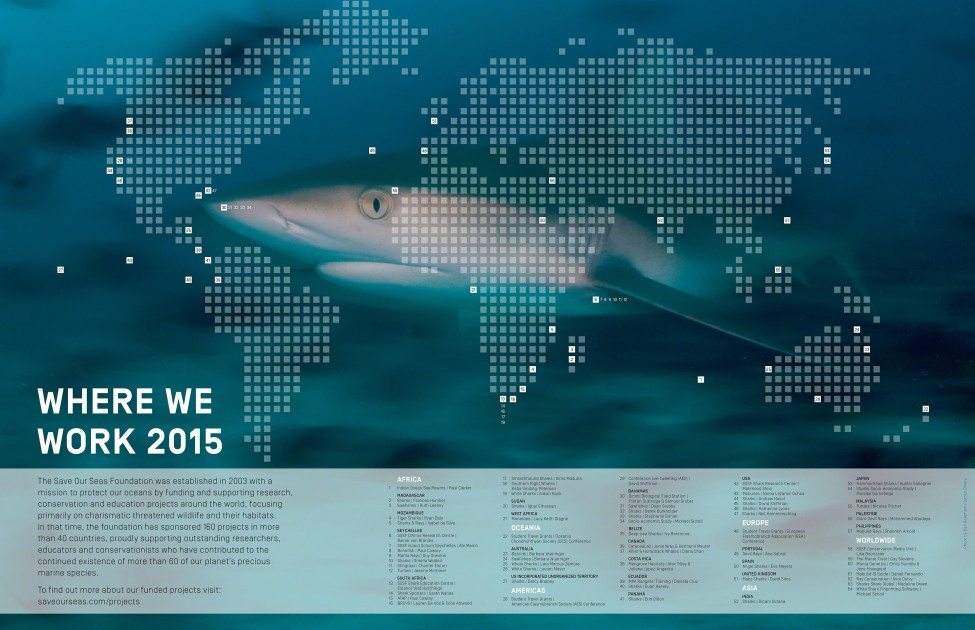