Manager of the SOSF Shark Education Centre Eleanor Yeld Hutchings tells us about her colourful South African upbringing and why she chose to pursue a career dedicated to communicating marine science to the public.

I was born in Cape Town, into a family with ties to the sea on both sides. My father grew up in Fish Hoek on the False Bay coast near Cape Town, surfing, snorkelling and playing on the beaches. My mother hailed from KwaZulu-Natal on South Africa’s east coast, with a family history of fishing and boating on the shores and estuaries of the Eastern Cape. For me this meant a childhood of holidays spent at various points along the coastline, from Fish Hoek beach in the west through Sandbaai (near Hermanus) and the Tsitsikamma National Park to Kenton-on-Sea in the east. I remember my first snorkelling experiences from the catwalk in Fish Hoek and learning early on how to catch small klipfish in rock pools, which creatures to avoid (spiny chitons and sea urchins) and how to bodysurf the waves. But it wasn’t just about the sea; we were also very lucky to be taken around southern Africa by our parents, exploring nature reserves and game parks and being exposed to the terrestrial splendour of our country.

Despite this exposure to all things wild and wonderful, I did the usual flip-flops of children and adolescents as they contemplate what they want to be when they grow up. My choices were to be a figure-skater, a mathematician (that didn’t last long!) or a paediatric psychologist. Then I wanted to be a writer, or maybe an illustrator. Eventually the lure of biology grew stronger and stronger and after finishing school and wandering around the world for a time, I ended up at the University of Cape Town enrolled for a degree in the life sciences. In my very first year, an inspirational lecturer stood up and started talking about parasitology. Bam! I was hooked – and on parasites, of all things.

My reaction stirred a memory of spending a holiday in Namibia when I was in my teens and meeting researchers there who were working on anthrax in wildebeest populations. This was the first inkling I had that a single incident of exposure to the natural world, be it formal or informal, can play a pivotal role in how you are inspired and where your life leads you. Although it may be difficult to look back and say that one specific event led to a career path in natural science, I am coming more and more to believe in the power of experiential learning, whether it is articulated as such or is no more than informal happenstance.

With my newfound focus I continued my studies, which included, almost incidentally, some marine ecology courses. For my BSc Honours degree I had my first opportunity to choose a real research project so, of course, parasites were at the top of my list. Any research on parasites would have done; I certainly didn’t go looking for a marine focus, although I had both enjoyed and been interested in the marine courses offered at undergraduate level. But coincidences do happen and mine came in the guise of a postdoctoral research fellow who was working in the laboratory of one of the senior marine biology staff members. This researcher had just arrived and it turned out that his subject of study was nothing other than marine fish parasites! Even better, when I hopefully mentioned sharks (because, let’s face it, there’s no sexier marine subject matter!) he perked up and looked very interested.

Together we worked out a project that became my Honours thesis and formed the basis of what I went on to do for my doctoral research: the parasites of four endemic South African catshark species. It was a topic we were both passionately interested in and, at the same time, one that no-one else could understand the appeal of – at all! When asked, I tried to explain that most people are interested in sharks biting us; I, however, wanted to find out what bites sharks.

One of the results of my research was that over the next four years I spent a large amount of time diving, boating and fishing in and around False Bay. Through this I got to know a whole lot better an area that I had always taken for granted. I realised what an amazing and special place False Bay is and what a privilege it had been to grow up alongside it and now to be able to do my research there. 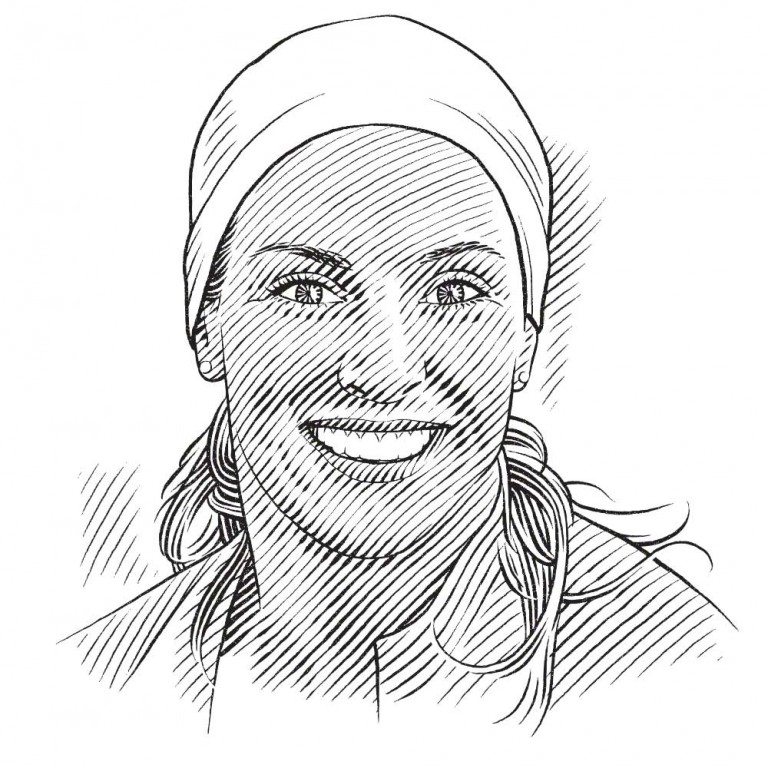 Like many other long-term graduate students, I needed to earn a living while completing my degree and this led me to what I think was the next pivotal point in how I got to where I am now. The job that I found was as the manager of a marine biology tour company. In addition to some staff, finances and marketing management, it involved a lot of tour-guiding along the Western Cape coast and most of the False Bay coastline (and for this I needed tour guide certification). Through the experience I gained taking group after group of tourists along the shore, out onto the rocks, into harbours and occasionally out to sea, I learned how to communicate marine science to the public. I also discovered that this is something I am really, really interested in!

This led to my next step: I was invited to screen test for the role of marine biology presenter for the documentary series Shoreline, a journey of discovery around the South African coast from the border with Namibia in the west to the border with Mozambique in the east. Who could say no to such an invitation? Certainly not me! And, to my delight, I was offered the role. We have made two series so far, travelling the entire coastline twice and visiting incredible, beautiful, remote, scary and fascinating places. We’ve also publicised ground-breaking scientific research, and even won awards. My work with the series and my other science communication efforts were recognised earlier this year when I was presented with the 2014 Marine and Coastal Communicator Award by the South African Network for Coastal and Oceanic Research. My experience on the show taught me more than I ever thought I would know about our coastal ecology – and that this is the most important work we can do to further marine conservation in South Africa. Even this isn’t enough, though; we need to direct our efforts at younger audiences and focus on education and spreading awareness of the value of the coastal environment.

Somewhere among all of this, I managed to finish my thesis, graduate and make my first move into the realm of formal marine conservation by taking a position with the South African branch of the Worldwide Fund for Nature (WWF-SA). The real appeal of this was that the project I had been appointed to run was an ecosystems-based management plan for a very special part of South Africa: False Bay, a place I know intimately and care about very much.

The process involved was an adaptation of something known as the Ecological Risk Assessment Framework, which takes people into account as part of the ecosystem, identifies the ‘end goal’ or vision, and then quantifies the risks that could prevent us from attaining that vision. It was a very interesting project and it brought me into contact with all kinds of stakeholders in False Bay and its surrounds. It also served to emphasise that if people have no awareness of our oceans and no basic understanding of marine conservation, the achievements of ambitious projects like this will be limited. This once again indicated to me the importance of education and how much we need it. It was at this point that I made the move to the Save Our Seas Shark Education Centre in Kalk Bay.

The opportunity provided by a place like this, with its unique location, dedicated staff and generous funding from the Save Our Seas Foundation, was one that I could not let pass, especially as it meant that I would be part of exactly what I see as the most important building block in saving the world’s ocean ecosystems. So here I am, in the most beautiful location in the world.

I’m still finding my feet, but already I have seen the joy on a girl’s face as she holds a sea urchin for the first time – and realises that not only does it not hurt her, but it moves and tickles, and becomes a character she can relate to. I have seen the excitement of a boy as he learns to snorkel for the first time, donning a wetsuit, weight-belt, mask and fins and beating me to the bottom of the pool to retrieve a weighted rubber goldfish. I have heard the gasp of a class of children as they watch a shark launch itself out of the water in pursuit of a seal. And I know that to be part of a team that is re-evaluating and revamping our role in environmental education, and giving children the opportunity to be educated about the sea through experiential learning, is the best place for me. After all, this is the embodiment of one of my favourite quotes of all time: Baba Dioum’s ‘In the end we will conserve only what we love; we will love only what we understand; and we will understand only what we have been taught.’