The Sudanese coastline has a rare treasure – one of the few remaining communities of healthy shark populations. Igbal Elhassan is on a mission to keep it that way.

When Igbal Elhassan chose to study sharks for her Master’s degree, it was not because she loved them. In her home country, as in most of the world, they had a bad reputation. Fortunately for the sharks that range along Sudan’s 750-kilometre coastline, the late Abu Gederi, a professor at the University of Khartoum, pushed her to study them and, 11 years later, she is Sudan’s only specialist shark scientist. Single-handedly Igbal has painted the first picture we have of the country’s diverse and unusually healthy shark populations. At the same time, exposure to the plight of these formidable creatures has transformed her fear of them into deep compassion and ignited a steely determination in her.

‘You know, there are other women doing marine biology and oceanic studies of the Red Sea, but I don’t think there is another one who goes out on boats,’ laughs Igbal as she describes her first sampling trip aboard a commercial long-liner during her Master’s research in 2001. This was the first time that she had ever seen a real-life shark. ‘I couldn’t believe it. They caught these huge tiger sharks and oceanic whitetips. I wasn’t afraid. I was just astonished by their size. I also felt truly sad to see them brought aboard alive and then killed for their liver and fins. Those were horrible moments for me.’

Igbal completed her Master’s degree in 2002. The first study on sharks in the waters of Sudan and neighbouring countries, it investigated the socio-economic aspects of the local fishery as well as basic biological traits of sharks in the region. She identified 23 shark species, including significant populations of oceanic whitetip, grey reef, hammerhead and spot-tail sharks, as well as three species of batoids (rays, skates and sawfishes), including green sawfishes. She also determined the geographical distribution of these species, as well as their mating and pupping seasons, and located nursery areas for the main species that are targeted by fisheries. 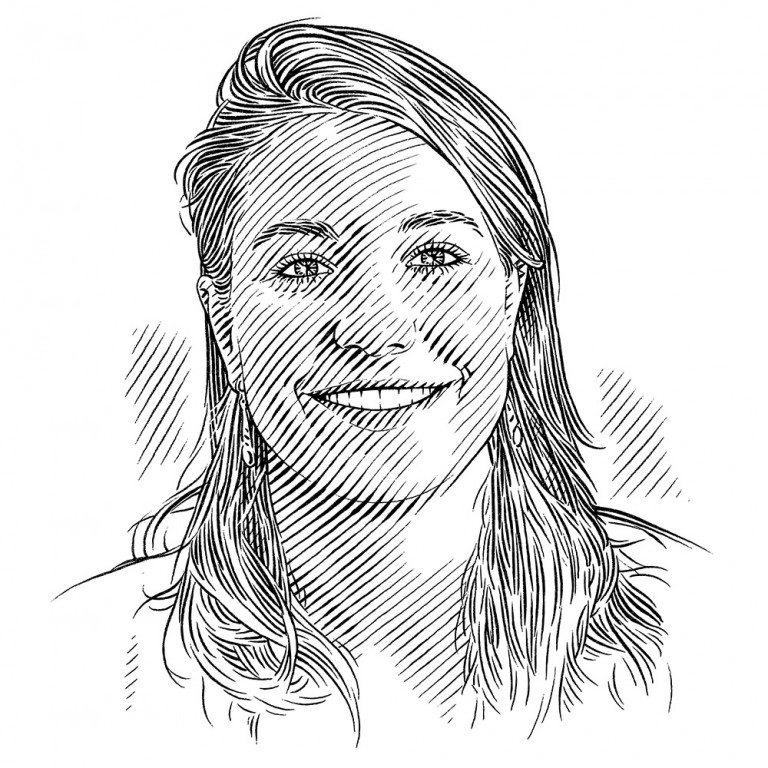 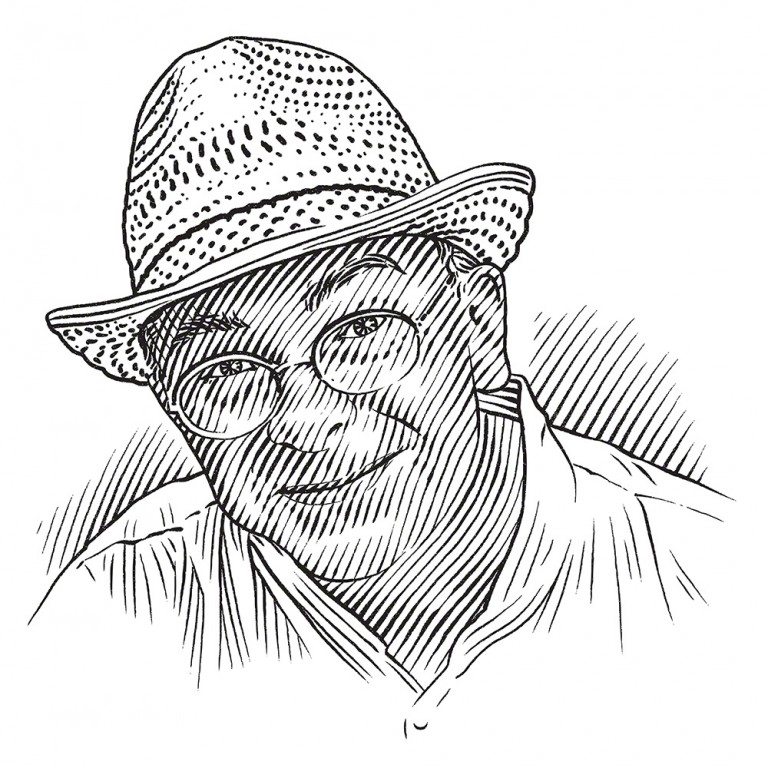 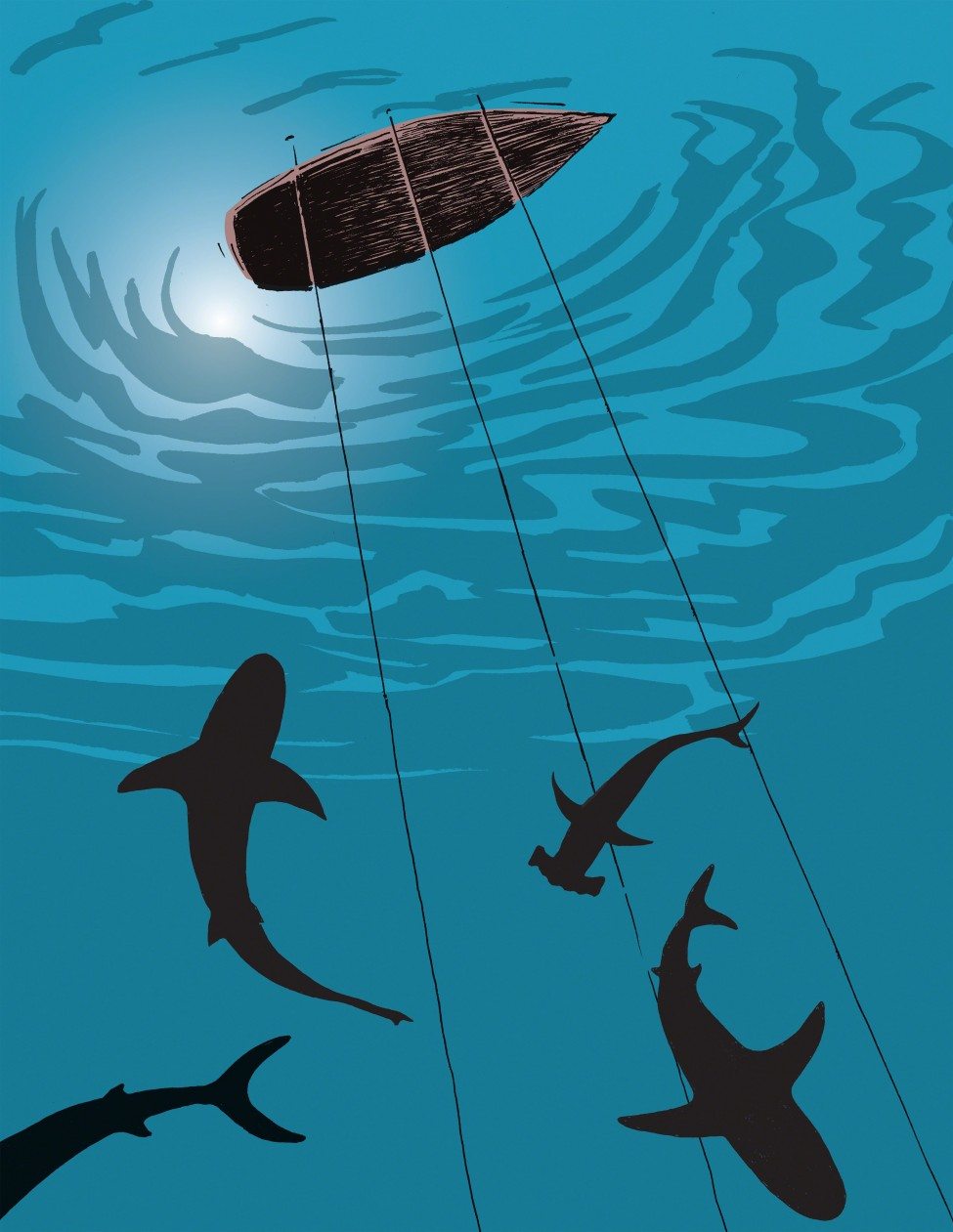 To complete the study, Igbal had to be at landing sites along the Sudanese coast very early in the morning to collect samples. ‘It’s not an easy job, but when you love what you are doing, it doesn’t feel like hard work,’ she smiles. ‘And I like the contact with the fishermen. They are very respectful towards me. They are always very friendly. They always want to help me. The market feels like my home and I have many stories from there.’

Historically, sharks were not a traditional target and there were very few experienced shark fishermen in Sudan. Igbal believes that local people have an intrinsic understanding of the significance of sharks in the ecosystem. ‘This is a tribe. Most of the fishermen are indigenous to the Red Sea region and generally they are aware of what is going on in it. They say in the past there were many sharks and many fish,’ she explains. 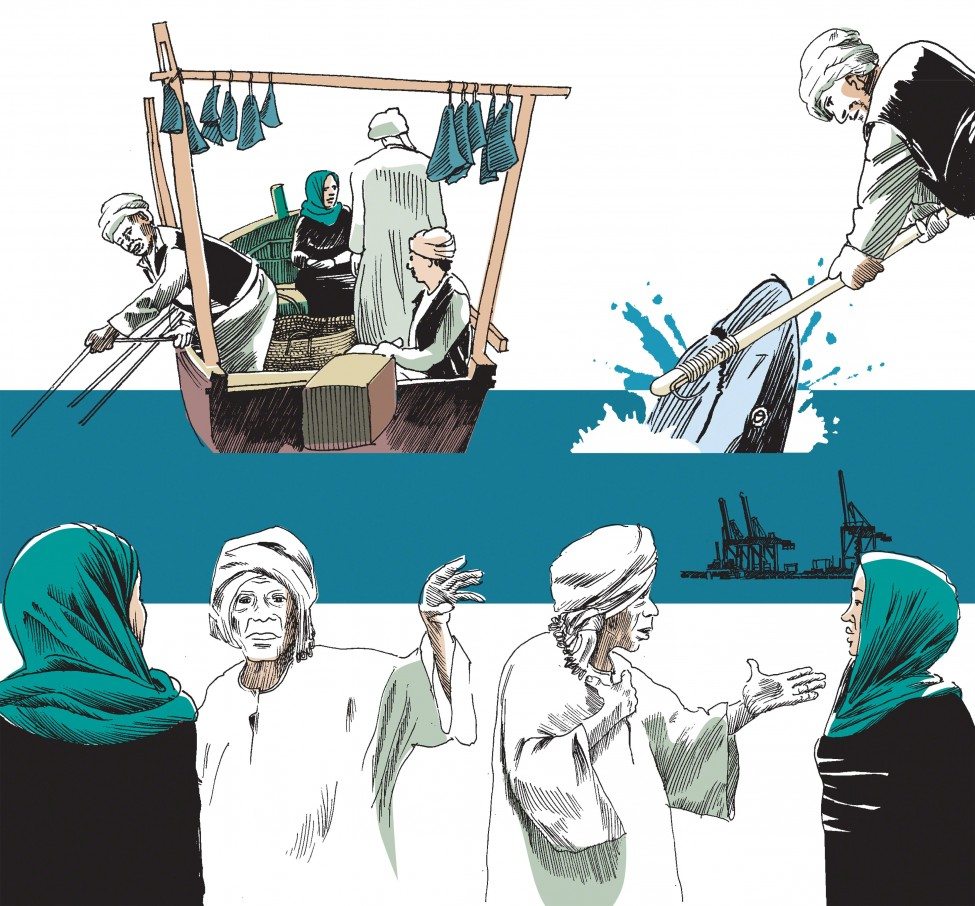 In the mid-1990s the increase in demand for shark-fin soup drove up the price of fins and commercial fishing for sharks began in Sudan. Yet even today, there are only a few fishermen who target sharks. Some sharks are caught illegally by boats that do not have permission to fish in Sudan’s waters and there is the usual problem of them being taken incidentally as by-catch. Sudanese people do not choose to eat sharks and do not buy shark meat directly at the market. Shark is cheaper than bony fish, however, and so some people buy the cooked meat in cafeterias because it is the least expensive item on the menu, not knowing that it is shark.

Sudan has recently signed the Memorandum of Understanding on the Conservation of Migratory Sharks in order to protect certain species in its waters, but it will take time before the country has the infrastructure and resources to implement the agreement. Igbal suggests that enforcement may not be the best approach. ‘I believe that if you ban the fishing and bring in the police today, the fishermen will be back catching sharks tomorrow,’ she says. ‘By talking with people and winning their respect, you can show them that overfishing will affect not only the sharks, but also the other fishes that are important for their livelihoods.’ 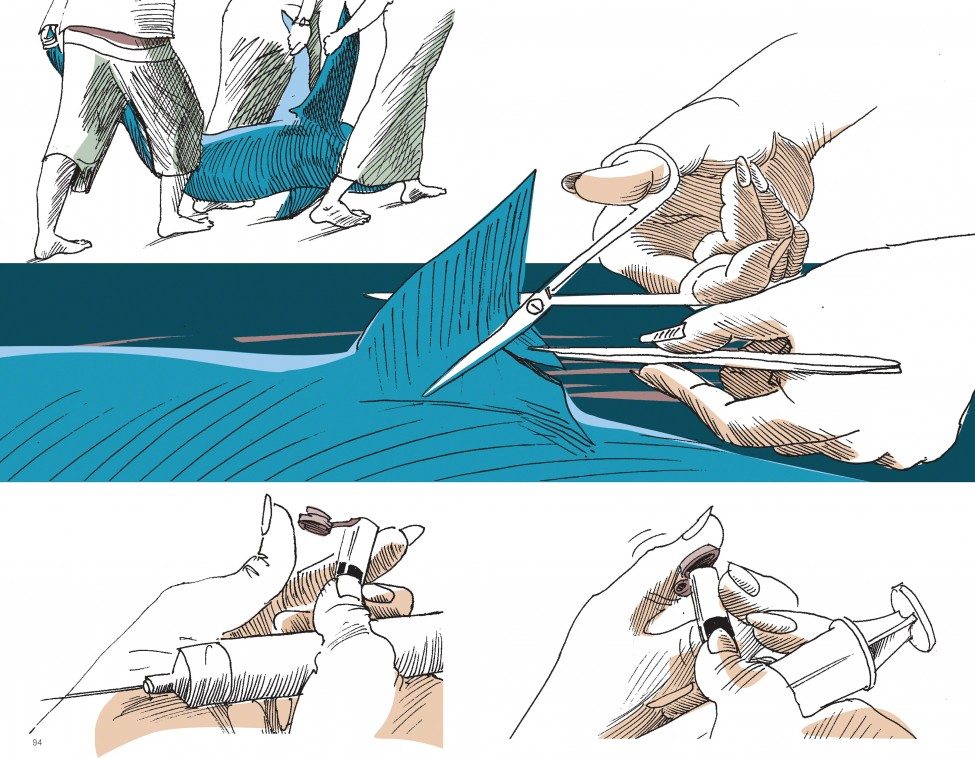 In the past few years Igbal has taken her expertise further afield to Yemen, where she collected genetic samples for her PhD research. ‘In Yemen they ask me a lot of questions. They have good knowledge and a lot of experience in identifying sharks by their local names,’ she comments. Unlike in Sudan, shark fishing is part of Yemeni culture, especially in the south where shark meat is eaten traditionally. As the researcher explains, ‘It is difficult to stop shark fishing in Yemen because people depend on sharks in specific regions. They are an important part of the economic life.’

Having begun her genetic work in 2011, Igbal spent three years collecting samples. Although she has samples from numerous species, her thesis will focus on spinner, grey reef, scalloped hammerhead and blacktip sharks. She hopes that her research will help us to understand the structure of shark populations in the Red Sea.

Despite great support and cooperation from the officials and communities that Igbal works with, it is not easy to conduct this kind of research in Sudan. The general economic crisis, combined with years of civil war, has left the country’s academic infrastructure in a terrible state, as she describes: ‘There are many institutes in Sudan and some of them have a marine department, but the problem is that we have few facilities for research. Some institutes are just buildings with equipment that is long out-of-date. There are staff but there is no funding. In the past there was collaboration between Sudan and countries like Norway and the United Kingdom. They worked with us and gave us technical assistance, but now, because of politics and economics, this has stopped.’ 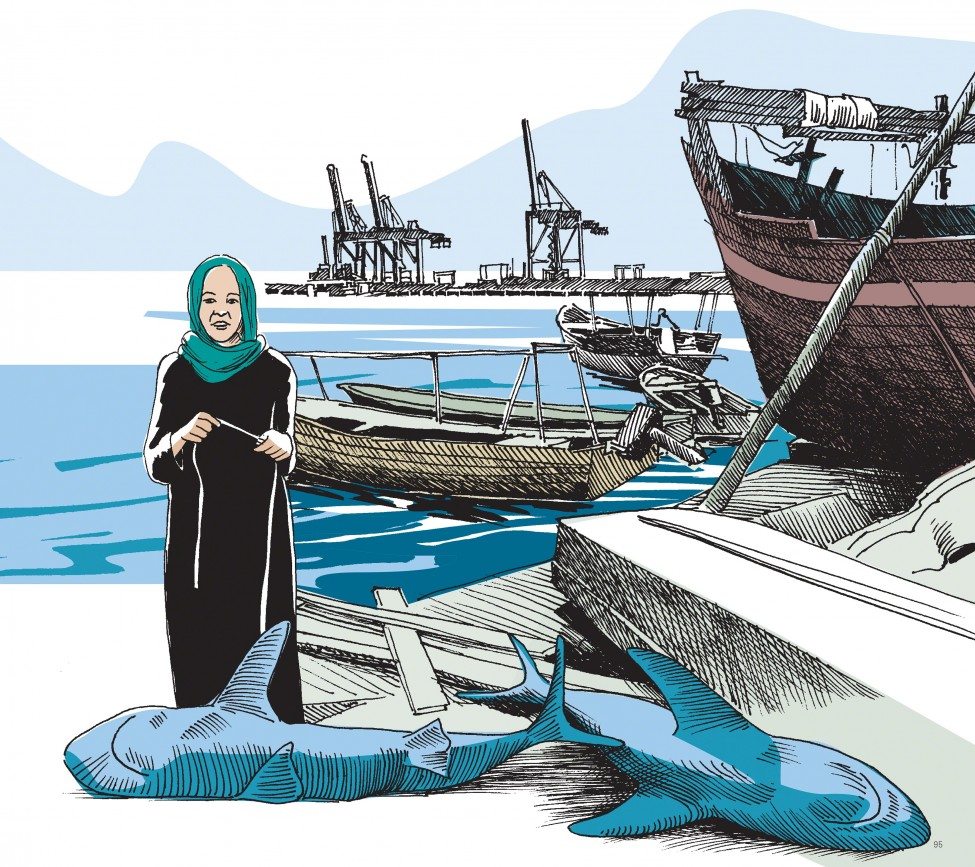 Igbal’s courage and quiet determination have not gone unnoticed. In 2012, during a Shark Conservation in Arabia Workshop, she mentioned to Sarah Fowler, scientific adviser to the Save Our Seas Foundation, how difficult it was to pay for public transport to her study sites and was encouraged to apply for funding. The SOSF subsequently introduced Igbal to Dr Mahmood Shivji, who invited her to spend six months at the Save Our Seas Foundation Shark Research Center in Florida. There she will have access to the equipment and technical assistance that she needs to complete her genetic work.

In spite of the challenges, there is great hope for Sudan’s sharks. Three of Igbal’s students have completed their graduation projects on the animals and one of them hopes to also do her Master’s degree on these apex predators. With the Cousteau Society recently pointing to the Sudanese coast as one of the world’s last remaining hotspots for healthy shark populations, it seems that she and Igbal will continue to have plenty to study.

Igbal is Sudan’s first shark scientist. She has spent years collecting tissue samples of sharks at local landing sites. Using genetics, she hopes to crack the code of shark populations in the Red Sea.