Science with the giants index

Science with the giants

As creatures of the open ocean, whale sharks give biologists little opportunity for research. They do aggregate at certain coastal locations, though, and at Australia’s Ningaloo Reef Lara Marcus Zamora is helping to solve some of the mysteries surrounding them.

The whale shark is the biggest fish in the world. Its massive size (a large specimen can reach up to 18 metres long) and harmless disposition have fascinated us since the species was first discovered off the coast of South Africa in 1828 – and these two attributes have led to its popular tag of ‘gentle giant of the ocean’.

Mystery still surrounds this free-ranging animal that spends most of its time in open waters and out of our reach; studying it is not without its challenges! Luckily for us, though, whale sharks appear out of the blue every year and aggregate for several months at different coastal locations around the world, including Belize, Mexico, Australia, Philippines, Mozambique and the Red Sea. These seasonal gatherings are our only opportunity to approach the giants and learn more about them. My story with whale sharks started 10 years ago in the Seychelles where, in the waters of the Western Indian Ocean, I first encountered this unique creature. Swimming with a whale shark is a magical experience that no-one can ever forget, and from that very first moment the species has captivated me. With the encounter still fresh in my memory, years later I dedicated my PhD research to helping to unravel the mysteries of this giant. My main goal was to contribute any useful knowledge that I gained during my years as a PhD student to the effective conservation of whale sharks. Where do they come from? What do they eat? Why do they aggregate?

Ningaloo Reef on the north-western coast of Australia is one of the special places where whale sharks gather every year between March and July. It is characterised by two notable features: slopes that fall abruptly into the depths and a system of currents that makes the area very productive. Extending 260 kilometres along the coast, Ningaloo is the largest fringing reef in Australia and hosts a wide range of marine life, from reef fishes of all shapes and colours to mega-fauna such as turtles, manta rays, sharks and occasionally whales. Inland, Australia’s red desert, with its endemic species and jumping kangaroos, stretches to the horizon and far beyond. In this scenario the reef is the main attraction and diving, snorkelling and fishing are the most popular activities, bringing national and international tourists to the area all year round. A prosperous and well-regulated eco-tourism industry has developed around whale sharks at Ningaloo, generating a yearly revenue of about A$4-million (in 2006) that helps to support the local community.

Ecotourism operators have been working on Ningaloo Reef for several decades and provide researchers with first-hand information about the comings and goings of its marine inhabitants. From them we have learnt that whale sharks are no longer as gigantic as they used to be, and there are fewer of them too. These observations have raised some alarm in the scientific community, as shrinking size and decreasing numbers could well be signs that the species is being over-exploited.

Although the whale shark is protected in many countries, including Australia, and is classified as Vulnerable on the IUCN Red List of Threatened SpeciesTM, it is still hunted for food in South-East Asia, its white meat prized as a delicacy in Taiwan and its fins as an ingredient in soup by the Chinese. Its long life span – approximately 150 years – and low reproductive rate make it especially vulnerable to exploitation. The Ningaloo Reef population of this highly migratory species is very likely to be shared with some Asian countries, where strong regulations to protect the whale shark are not yet in place.

For the past 10 years Dr Mark Meekan, a shark expert at the Australian Institute of Marine Science, has led expeditions to Ningaloo Reef that have been a source of invaluable information about the numbers and structure of whale shark populations. Many scientists and students from different academic areas have participated in these field trips and for the past three years I have been one of them. Our field base is located in a remote area with expansive views over the ocean. An aluminium shed, struck by cyclones on several different occasions, serves as laboratory, living area and kitchen, and bats, birds and the usual snakes are our roommates. There are no luxuries there, but at day’s end the outstanding background of Ningaloo’s sunsets makes you forget about fresh water and a comfortable bed.

The spot and line patterns of a whale shark are easy to recognise from above, so we use a small plane in conjunction with a boat when we go out looking for our target animals. When a whale shark has been located by the team in the plane, for those aboard the boat it’s a time of excitement and nerves. Once in the water, we try to disturb the whale shark as little as possible, but there are many tasks to be completed. We photograph each animal for identification purposes and record its sex, size and any distinct markings that will also help to distinguish it. In this way, we have been able to recognise the same sharks year after year, including ‘Stumpy’, an old acquaintance of ours that has been sighted on and off since 1989! Lara Marcus Zamora Project Leader
Ningaloo Reef on the north-western coast of Australia is one of the few coastal locations where whale sharks gather seasonally. Tourists and researchers come too to see and study these massive fish.
Photo by Ed Cardwell | Migration Media

From the data gathered over all those years we have learnt that the number of whale sharks visiting Ningaloo is between 200 and 500, and that most of them are males and immature (3–8 metres long). On average we encounter four or five individuals per day, with a record tally of more than 20 in a single day.

Interestingly, sightings of whale sharks less than three metres long or of females are scarce at the reef, as is the case for most of the aggregations in the Indian Ocean. So where are the whale shark females and pups? It is believed that nursery grounds, where the females give birth and the young spend the first few years of their life, may be found in the open ocean. When whale sharks are born, they are no bigger than 50 centimetres, which makes them vulnerable to all kinds of predators. So staying in open waters until they are bigger and stronger seems like a very smart way to avoid the sharks and other possible predators that frequent coastal areas.

Whale sharks are not sexually mature until they reach seven to eight metres, so our contact with the species at Ningaloo is mostly with ‘teenage’ males. From a conservation point of view, it is important to obtain information about their likes and dislikes and where on the reef they spend most of their time, as these animals constitute the younger generation. Specifically, I am looking at their diet, which will drive their movement patterns.

In order to find out what whale sharks are eating and where they are feeding, we look at the animal itself. Surprisingly, a small piece of it, in this case a skin biopsy, can tell us a lot of things. We base our research on the principle ‘you are what you eat’, a concept that has been used repeatedly in the past and stems from the fact that every time you eat something, the food leaves chemical traces (such as lipids) in your tissue. By looking at these traces in the skin tissue of a whale shark, we can track down the food source.

A whale shark biopsy is a piece of connective tissue no more than two centimetres long that is taken from the skin. To get a sample, an experienced free-diver swims with the animal and, using a modified spear gun, takes the biopsy. Many dietary studies require that the animal dies so that researchers can examine the contents of its stomach or sample other organs. Our method is less invasive while still providing very useful information, an important consideration when studying threatened species such as the whale shark, as we don’t want to kill or harm any individuals. Over the years, we have been building up a significant collection of biopsies by this method and they are now producing some interesting results.

We are noticing that groups of whale sharks showing different diets visit Ningaloo Reef each year, which makes us think they come from different locations. It is likely that these findings reflect the different migratory routes – and different prey – taken by the whale sharks that come to the reef. When our results are coupled with tag data, this idea seems increasingly probable, as there is evidence that some Ningaloo whale sharks travel as far as South-East Asia, for example to the Timor Sea and Indonesia, whereas others prefer to stay around the Australian coast. We like to think of Ningaloo being a whale shark ‘meeting point’, although we don’t yet know why they aggregate here.

Whale sharks are widely known to be pelagic filter feeders as they have often been observed in surface waters feeding on red crab larvae at Christmas Island in the Indian Ocean, fish spawn on Belize’s reefs or tuna eggs in the Red Sea. For many years local fishermen at Ningaloo have seen them feeding in a similar fashion on swarms of krill. This leads us to believe that these tiny shrimps are the main reason that whale sharks approach the coast of Australia. However, even our earliest findings indicate that whale sharks are not just pelagic filter feeders and that their diet is far more complex than we previously thought. It seems that they also feed on prey that lives in deeper waters, such as mysids, fish and zooplankton.

We are at a very exciting stage in whale shark research, as more and more effort is going into it. We hope to gain a better understanding of the species’ diet, which in turn will give us insight into why it forms aggregations. From the little that we know so far, it appears that whale sharks tend to approach coastal areas as they grow, and sometimes undertake long migrations between aggregations. Movements such as these could make them vulnerable to exploitation, as they are likely to cross into national territories where they are not protected. If that is the case, the negative effects of whale shark fishing thousands of kilometres from Australia may be reflected in Ningaloo’s population. In this context, it is essential that countries with whale sharks in their coastal waters cooperate to develop adequate conservation programmes.

At Ningaloo Reef and many other places around the world it has been shown that an ecotourism industry based on whale sharks can be very lucrative, bringing in good revenue for local communities as well as being beneficial to whale shark research. We still have a long way to go, but step by step we will unravel the mysteries of these giants.

Ningaloo Reef on the north-western coast of Australia is one of the few coastal locations where whale sharks gather seasonally. Tourists and researchers come too to see and study these massive fish.
Photo by Ed Cardwell | Migration Media 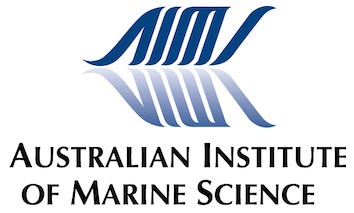 Whale sharks down under

Every year, hundreds of whale sharks congregate at Ningaloo Reef in Western Australia. Lara wants to know why. She believes that the secret behind their annual visit is hidden in their stomachs.