Sharks and the City index

Sharks and the City

Yes, there are sharks in the downtown waterways of Miami, Florida – and their presence provides researchers from the University of Miami with a golden opportunity to study how they are affected by urbanised coastlines.

The news is full of stories about wild animals that are apparently invading our cities. A group of tourists had their Florida golf vacation delayed by an enormous alligator walking on the 7th hole. A fox was spotted waiting in line for an ATM outside a London bank. A mountain lion tried to move into a basement in California. What’s going on?

Human settlements are expanding into areas that were once wilderness. As this continues, it’s going to get more and more likely that we will see animals other than pigeons and squirrels downtown. Dr Neil Hammerschlag and his team are studying how coastal development in Florida is affecting animals that few city dwellers think of as neighbours: large sharks!

‘To study or dive with sharks, we usually have to travel long distances to the relatively remote or pristine places where healthy shark populations occur,’ says Dr Hammerschlag. ‘However, when Dr Austin Gallagher and I were talking this over, we realised that we were probably missing an important aspect of shark biology and ecology. The trials and tribulations of sharks having to make it in human-dominated areas have to date been overlooked, yet this is becoming the new normal.’

Many shark species use shallow coastal waters, including bays and the rivers that feed into them, as nursery areas or feeding grounds. Miami is full of these waterways: man-made canals crisscross South Florida and the Miami River flows through downtown into Biscayne Bay. Coastal South Florida is an ideal place to study how urbanisation and development affect sharks, Dr Hammerschlag points out. ‘Austin and I were flying over Miami on our way to a conference and we remarked about how human-dominated the landscape is. We could not make out any area from our bird’s-eye view that did not show signs of human influence,’ he adds.

Even though some sharks use the highly urbanised waterways around Miami, according to Dr Hammerschlag these channels aren’t an ideal habitat. He continues, ‘Human-dominated and highly disturbed areas tend to have poor water quality, are highly polluted and carry lots of boat traffic, which is not exactly great habitat for animals. We don’t necessarily expect to find the density and diversity of sharks that would be in healthy, productive waters.’ Although many species of fish eaten by sharks can be found in Miami waterways, they often occur in smaller numbers than in a pristine habitat. 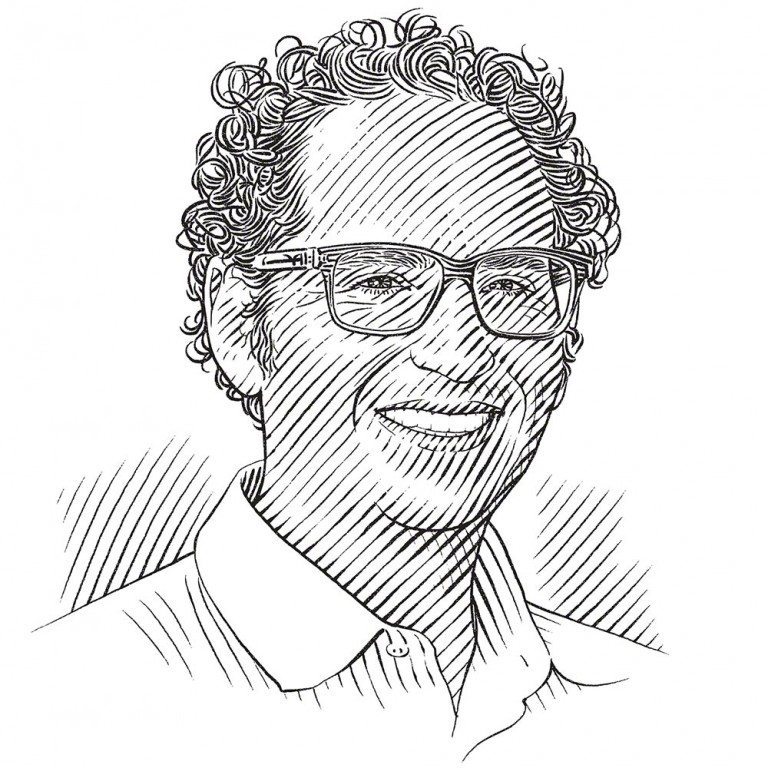 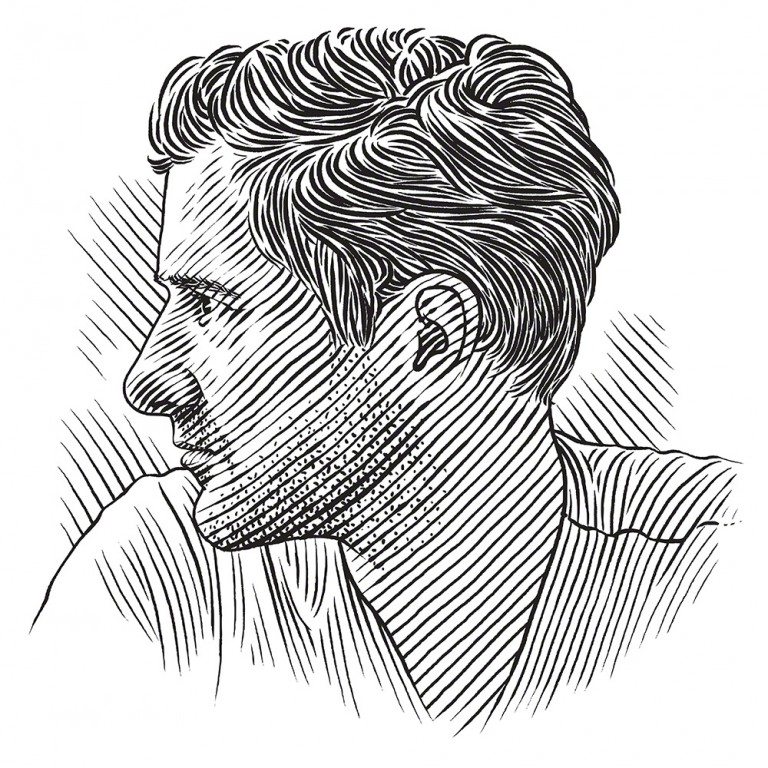 Indeed, coastal habitats are being destroyed or modified around the world. The WWF estimates that more than one-third of the world’s mangroves have been eradicated. A 2005 scientific study attributed up to one-quarter of coral reef loss in the Caribbean to run-off and sedimentation issues associated with urbanisation. Much of the coastline around Miami used to comprise mangroves; now it features mostly the high-rise luxury apartment blocks and skyscrapers that characterise the world’s large cities. What this means for the animals that live there is not clear. ‘There has been an increase in research looking into how terrestrial or avian animals like squirrels and pigeons are using urban landscapes, as well as the associated impacts on their health,’ points out Dr Hammerschlag. ‘Comparable studies from aquatic habitats are lacking, especially for large animals like sharks.’

To close this gap, this project funded by the Save Our Seas Foundation will use various research methods to study how coastal development affects sharks. The first step is to catch the sharks, and to do that Dr Hammerschlag and his team have been deploying shark fishing gear in the Miami River, in Biscayne Bay and even right off South Beach. ‘It is a surreal experience to be tagging sharks among skyscrapers, neon lights, trains and used-car dealerships,’ laughs Dr Hammerschlag. ‘Once we were able to get to Hard Rock Café for lunch during the hour that the fishing gear was soaking.’

Every aspect of fishing and sampling is carefully planned to be minimally invasive to the sharks. The use of circle hooks instead of the more common J-style hooks greatly reduces the chance of ‘foul hooking’, which can damage a fish’s internal organs. The design of the drum lines enables sharks to swim in large circles once they have been caught, which is important for animals that need to swim to breathe. And the entire research work-up is meticulously rehearsed so that it takes place as quickly and efficiently as possible.

Artwork by Gregory Gilbert-Lodge
www.gilbert-lodge.com
Dr Neil Hammerschlag
It is a surreal experience to be tagging sharks among skyscrapers, neon lights, trains and used-car dealerships. Share it
Carefully attaching this bull shark Carcharhinus leucas to a special platform allows researchers to quickly sample and tag the shark while promoting animal welfare. The bull shark is a coastal species that can be found close to shore, including in inland rivers surrounded by cities where they are vulnerable to human threats.
Photo by Frank Gibson | University of Miami

Sharks caught in these urbanised waterways are fitted with acoustic telemetry tags, which are electronic devices that broadcast their location when the tagged shark passes near one of the receivers that have been set up in and around Miami. The data from the tags will enable the research team to track exactly where the sharks go and how they use their environment. With this information, Dr Hammerschlag and his team will be able to compare the movements and habitat use of ‘urban’ sharks with those of sharks in more pristine environments.

The team also takes various tissue samples from sharks they catch. Analysing serotonin in a shark’s blood can reveal how chronically stressed it is. A triglyceride test shows whether the shark is getting enough food to build up the energy stores it needs for migrations, while detailed body measurements can tell scientists if the shark is unhealthily skinny. A technique called stable isotope analysis can even reveal what the shark has been eating.

Carefully attaching this bull shark Carcharhinus leucas to a special platform allows researchers to quickly sample and tag the shark while promoting animal welfare. The bull shark is a coastal species that can be found close to shore, including in inland rivers surrounded by cities where they are vulnerable to human threats.
Photo by Frank Gibson | University of Miami 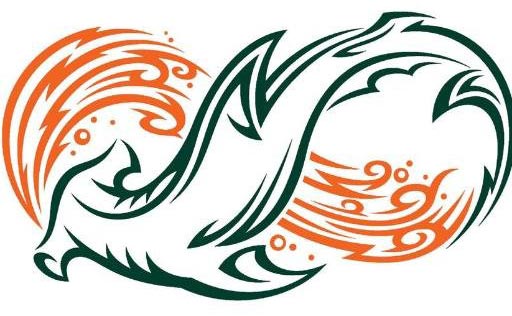 A nurse shark Ginglymostoma cirratum is gently secured and tagged before being sampled and released back into the ocean. The data gathered will be used to track the movements and health of sharks in relation to human disturbance.
Photo by Christine DeSilva | University of Miami

Even though urbanised waterways like those in Miami don’t make for great shark habitat, Dr Hammerschlag and his team have caught individuals of five species so far: nurse, blacknose and blacktip, as well as a great hammerhead and even several large bull sharks. ‘Surprisingly, we are finding sharks right in downtown Miami, in some places that you would not expect,’ says Dr Hammerschlag. ‘However, we are not finding large numbers of them.’ Why the sharks haven’t moved on from this area, which in the relatively recent past was good shark habitat, is one of the questions we hope to find the answer to.

This research project is just beginning, and sampling will continue to next summer. In the meantime, early results have already revealed something important, something that anyone who lives in a coastal city should keep in mind. ‘The take-home message here is that if there is a waterway linked to the ocean, there is a possibility of finding a shark, no matter how close to shore you are,’ explains Dr Hammerschlag. ‘This means that we have to be careful how we treat our waterways and the life occupying them.’

A nurse shark Ginglymostoma cirratum is gently secured and tagged before being sampled and released back into the ocean. The data gathered will be used to track the movements and health of sharks in relation to human disturbance.
Photo by Christine DeSilva | University of Miami

On this episode Dr. Neil Hammerschlag of the RJ Dunlap Marine Conservation Program talks about his Shark Tagging work and how it’s helping to protect sharks.

Dr Neil Hammerschlag
The take-home message here is that if there is a waterway linked to the ocean, there is a possibility of finding a shark, no matter how close to shore you are. Share it
Project

Have you ever imagined a shark swimming through downtown? Biologists have found at least five species of sharks in Miami’s waterways. Neil hopes to learn how they use this space and how well they are coping with their urban lifestyles.