I vividly remember the first time I saw a shark. I was three years old, watching my older cousin fish off of a dock in Islamorada, Florida. After a hit on the rod he reeled up a bonnethead, a small species of hammerhead shark. Unfortunately, as happens in a number of shark species, the stress of being caught caused the bonnethead to turn its stomach inside out of its mouth. I looked on in both fascination and horror, and I’ve been hooked on sharks and how sharks work ever since.

My interest in science grew as I got older, particularly in the molecular subjects. I pursued these interests at Rensselaer Polytechnic Institute in New York and graduated in December 2012 with a BSc in biochemistry and biophysics. After graduation, I wanted to make my way back to the sea and spent four months as an intern conducting field research on white sharks and other species in Mossel Bay, South Africa. With a slew of new experiences under my belt, most notably seeing 26 white sharks in one day in Mossel Bay and free diving with blue and mako sharks 50 kilometres off the Cape of Good Hope, my passion for shark conservation had reached an all-time high. On my return to the USA I was given the opportunity to combine shark conservation and molecular science, thanks to Dr Mahmood Shivji and the Save Our Seas Foundation. I am now studying for my MSc in marine biology at the Save Our Seas Shark Research Center USA of Nova Southeastern University (NSU). 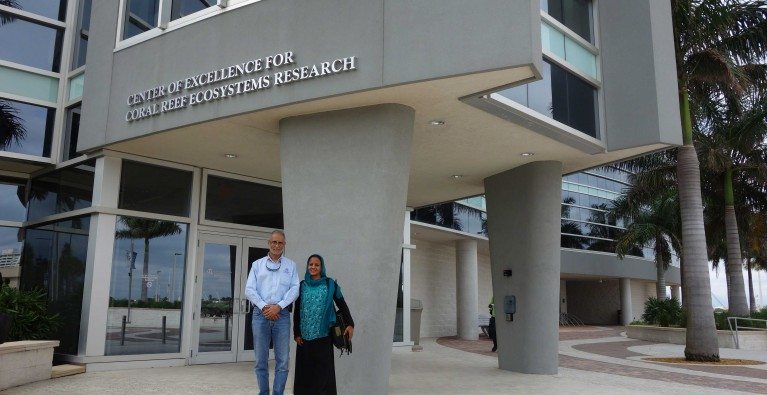