Ever since I was a little girl I knew I wanted to be a scientist – but I didn’t know what kind. What I did know was that I loved animals, especially ‘cold’ animals – reptiles, amphibians and insects – and that I loved the outdoors. I grew up in the big city of Chicago in the USA, but from the age of six to 20 I spent all my summers at my family’s fishing lodge in the lakes region of north-western Ontario in Canada. There I worked as a waitress, a fishing guide and a house painter and in my free time I explored the wildlife of the marshes, lakes and forests. But it was the warmer realms of our planet that particularly attracted me, and in the end I decided to attend postgraduate school in Florida because it was located relatively close to the American tropics.

I had grown up fascinated by accounts of the adventures of naturalists who travelled to the tropical regions of the world and explored wildlife and people there – Raymond Ditmars, Osa and Martin Johnson, George Schaller, Archie Carr, Gerald Durrell, Jane Goodall and Louis Leakey were just a few of my favourites. So in 1973 I decided to join their ranks before starting my postgraduate studies. I bought an air ticket and spent three months travelling on my own and exploring the diverse ecosystems of Costa Rica in Central America, from the hot and humid lowland rainforests of the Osa Peninsula to the chilly heights of Cerro de la Muerte.

At that time Costa Rica still had 80% of its original forest cover, its ecosystems were intact and it harboured an abundance and diversity of frogs (whose populations are now much reduced). During my third month in the country I worked as a full member of Dr Archie Carr’s sea turtle tagging team at Tortuguero on the Caribbean coast. Later I learned that I’d made history as the first female to do so. In those days North Americans rarely visited Central America; in the summer of 1973 I was one of only about 15 visitors to Tortuguero. Nowadays some 50,000 tourists go there each year to watch nesting sea turtles.

Dr Carr, who was regarded as the ‘father of sea turtle biology’ and was professor emeritus at the University of Florida where I would soon begin my postgraduate studies, was on site during my first visit to Tortuguero and we developed an excellent rapport. I felt privileged just to make his acquaintance, so it didn’t occur to me at the time that he would later serve as the chair of the supervisory committees for my MSc and PhD degrees. After all, he’d made it clear that he was not taking any new graduate students, having launched his last PhD student in 1969. Nevertheless, I was his student and research collaborator from 1973 until his death in 1987.

Under Dr Carr’s supervision I studied the feeding ecology of green turtles on the Caribbean coast of Nicaragua for my MSc and the nesting ecology of the same species at Ascension Island in the South Atlantic for my PhD. And it was he who provided the recommendation I needed to secure my first full-time job after earning my PhD in 1981: a three-year contract in the Republic of Seychelles to do a study of the status and management of the sea turtle populations of this vast island nation. 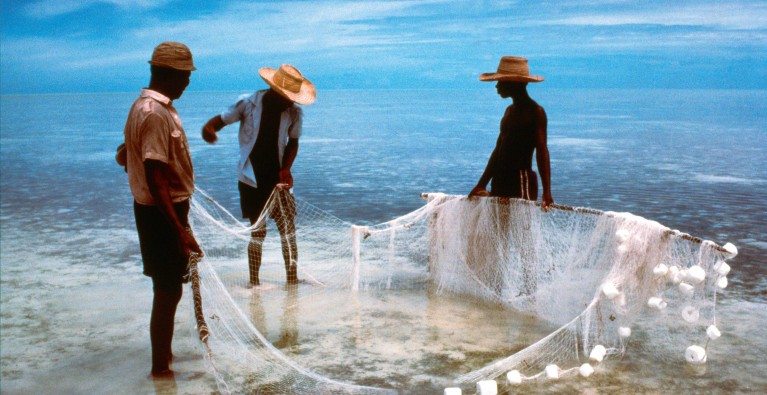 Read article Articles Back from the brink Jeanne Mortimer