Rima Jabado is a scientist and conservationist with a passion for all things marine. Having lived by the sea her whole life, she has always been fascinated with nature and the environment and wanted to study and protect animals even as a child. She has spent over a decade developing and working on conservation initiatives around the world and has experience as a field research scientist, director for non-profit organisations and government official. Rima has travelled extensively and assisted in research undertaken on sharks, dolphins, turtles, coral reefs and seagrass in the Bahamas, South Africa, US, Australia, Kuwait, Qatar and the UAE.

Rima has a B.A. in Political Science, a Masters of Applied Sciences in Natural Resource Management, a PhD in Environmental Science and Ecology and several other graduate degrees including Public Relations and Education. She has authored/co-authored over 30 scientific, technical and popular publications, lectured at schools and universities, and appeared in radio and television productions. Her work on sharks has been featured in various local and international media outlets including National Geographic, BBC, Scientific American, Gulf News, The National and the Khaleej Times. She has published a book on marine ecosystems in the UAE and is currently working on an identification guide for sharks in the Arabian region. She is also a member of the IUCN Shark Specialist Group and has received various grants and awards in support and recognition of her work on sharks in the UAE.

Her PhD research on shark populations along the UAE coast of the Arabian Gulf, was the first long-term research project to be completed on elasmobranchs in the region. She interviewed fishermen across the country and examined the artisanal fishery in the UAE describing species composition, population abundance and distribution; studied the feeding ecology of two commercially important species; and characterised the international trade in shark products from the UAE. She is currently collaborating with scientists from around the world on various projects on marine turtles and elasmobranchs. Her long-term goal in the region is to develop projects that will allow her to gather scientific data on wildlife and ecosystems that will pressure decision makers to implement meaningful measures for the protection and conservation of the marine environment. She is particularly interested in issues of human-wildlife conflict such as fisheries, by-catch and endangered species conservation as well as socio-economic aspects of the trade in marine products. Her goal with the Gulf Elasmo Project is to have it play a key role in helping to document and understand the diversity of sharks and rays in this region. This is particularly important because of the many conservation challenges in the region combined with opportunities to collect new data, involve and build the capacity of the local people. 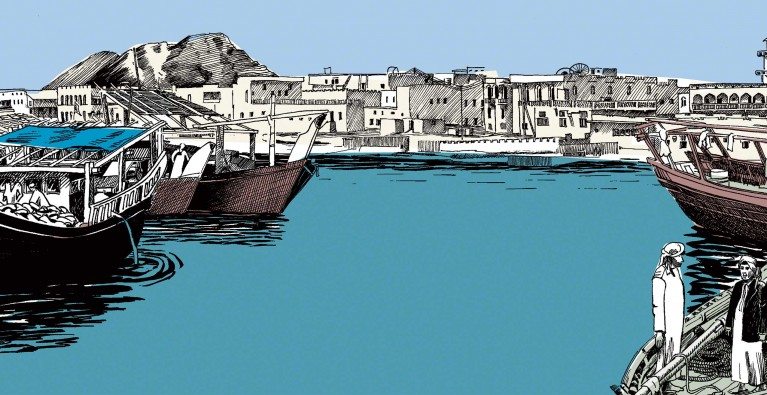