Behind the Scenes: Joris van Alphen

‘False Bay’s rocky reef fish are more endangered than Africa’s rhinos’ was the one-sentence story brief that landed in my inbox one month before I set foot in South Africa. It was the start of an exciting yet also daunting adventure.

False Bay is an exceptionally beautiful place, with some of the richest coastal waters on the planet set against a dramatic backdrop of equally remarkable mountains. I fell in love with it almost instantly. Words can’t describe what it feels like to be out on the water there. I would dive among fairytale-like kelp fronds and colourful reef fish while the occasional seal or shark zoomed by, and then surface to find a pod of humpback whales cruising past just a stone’s throw away. Then I’d hoist myself back onto the boat to return to shore and watch gannets fly over as the setting sun broke through the clouds, washing the bay in that golden light that seems unique to Africa.

Any assignment presents its challenges and frustrations, and this one proved to be no exception. To tell the story of False Bay’s rocky reef fishes, I wanted to capture three main subjects: the fishes themselves, the people who fish for them, and the scientific research efforts to ensure that fish and fishermen alike have a future. Although it has an abundance of exciting wildlife and inspiring views, False Bay is a deceptively tough place to work in. Treacherous south-easterly winds taunt the place in summer. Blowing straight into its mouth, they turn the otherwise sheltered bay into a washing machine. Often this meant that none of us – photographer, fishermen or scientists – could head out to sea. It soon became clear that the bulk of the photo story would have to come together in precious few days of actual shooting. When the stormy weather held on for more than a week it was all I could do to keep feelings of doubt and fear of failure from getting to me. 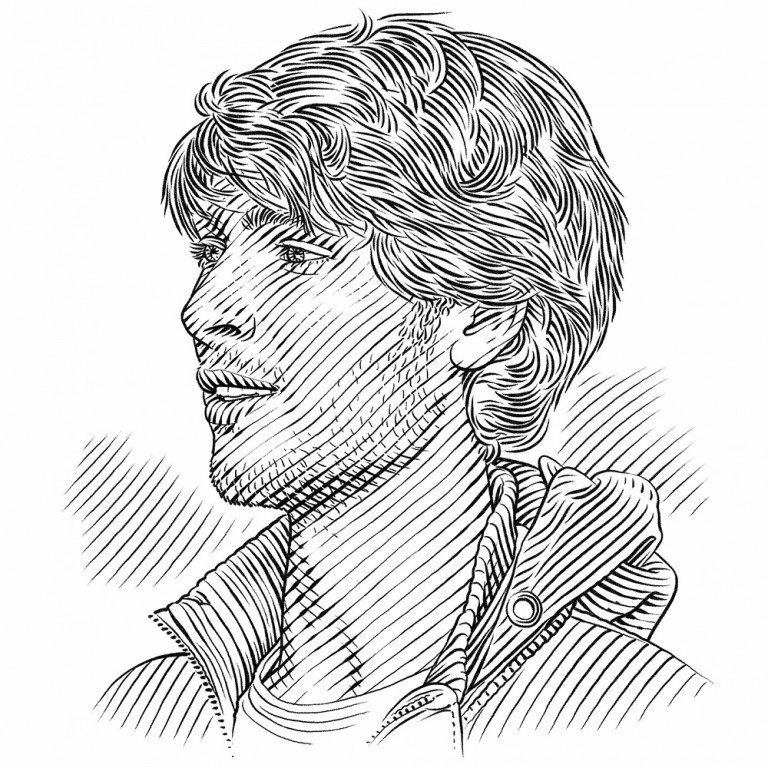 Once at sea, there was of course a new set of challenges. Despite warm summer air, the water in False Bay can be as cold as 11 °C (52 °F). It sucks the energy out of your body, especially when you’re doing three or four boat dives in a row. As I dropped off the RIB into the blue-green depths, the shock of the cold made my heart pump fast and my mind work slowly. The nauseating motion of the swell was a constant reminder that I was but a poorly adapted visitor in this domain. Compared to the seals, penguins and other animals that move so gracefully through the water, I felt clunky in my heavy dive equipment.

One image that proved challenging to make was the underwater photo of a hooked fish with the hull of a fishing boat in the background. It required a separate boat and the support of a team of three, so that I could move between different fishing boats depending on which one was having luck catching, and also for reasons of safety. Then the struggle began. Everything would bob up and down independently in the chop – not just the boat and the fish, but also the camera and I. Just as the fish and the boat aligned, a wave would drop and obscure my viewfinder. Meanwhile I was swimming against the current. After many hundreds of misses, I finally managed to shoot one frame that worked.

What were we looking for?

The process was also unnerving for a different reason. The odds of getting bitten by a white shark are extremely slim. However, to float in open water where fishermen have been chumming and amid panicked fish struggling on hooks is the sort of thing one might consider tempting fate. I was thankful to have an assistant with me at all times, scanning the water around us so we could get out quickly in the event of a white shark showing up. The experience gave me an intimate understanding of the meaning of the phrase ‘safety in numbers’, even if the number in question was only two.

One of my most memorable experiences was spending time with the fishermen of Kalky’s 5. Initially they were sceptical of the stranger who wanted to come on their boat. I would arrive in the harbour at 2 am to meet the crew, put on oilskins and board the boat. At 3 am we would inch out of the harbour in a cloud of diesel fumes and begin our slow journey. The crew passed the time loudly playing dominoes and took particular joy in shouting insults at each other and of course at me. For once in my life, my obscure mother language came in handy abroad. When it comes to insults, it turns out that Afrikaans and Dutch have hardly diverged at all. It made it much easier for me to connect with the crew and win their trust. 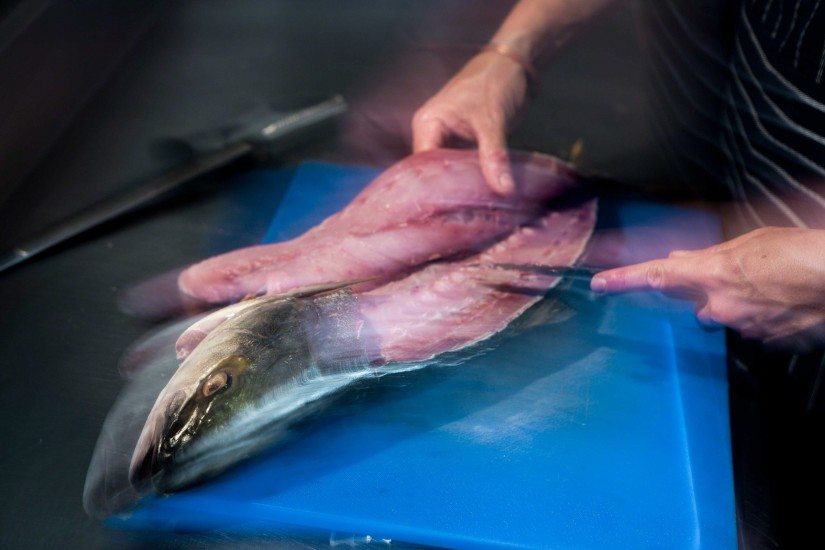 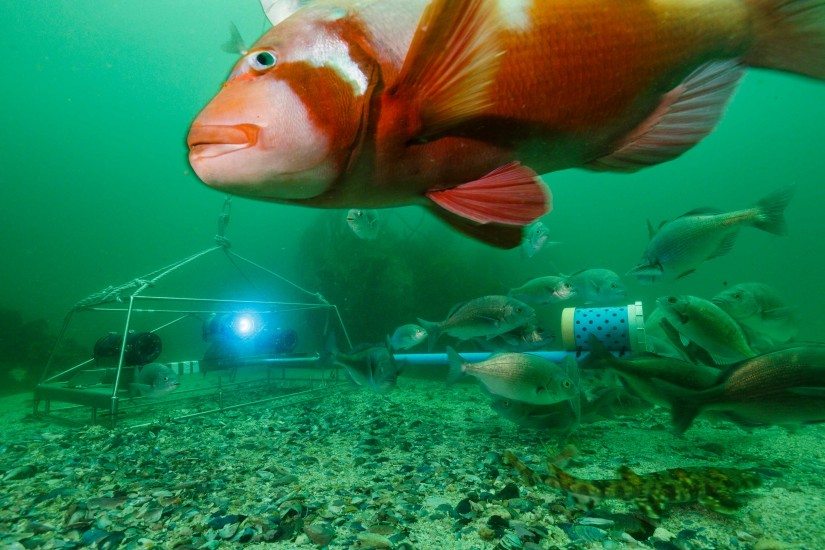 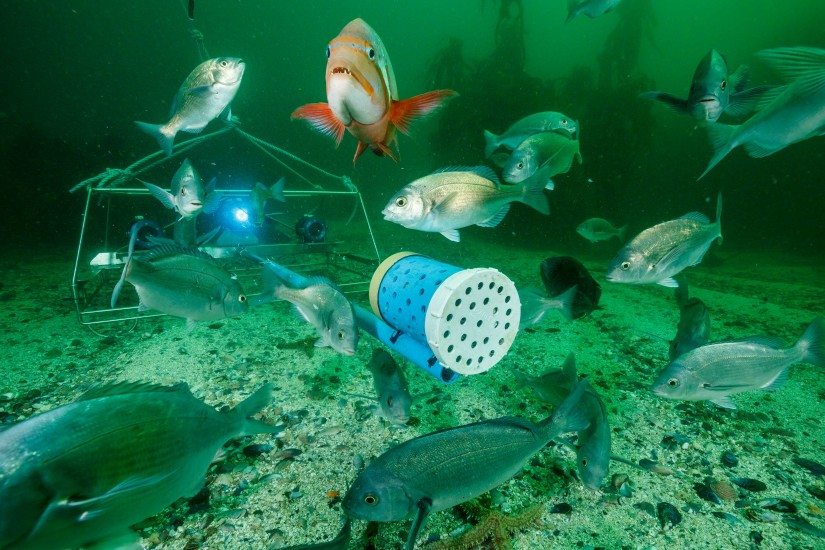 We would reach our destination just before sunrise, some three hours later. The fishermen would cut their bait, unravel their lines and start fishing. It was a shock to me how little they caught on most days. Often they returned after 12 hours at sea with only a handful of small fish each.

Drifting in a small fishing boat off the Cape of Good Hope was not an experience I would necessarily describe as pleasant. The boat rolled enough to make even some of the crew throw up on occasion. Still, each time I went out with the fishermen I felt extremely privileged to be allowed into their world. Perhaps this is the biggest of all gifts that photography can bring. It is a passport to places I would otherwise never visit and people I would never meet. When the day came to say goodbye I wanted to thank them for their time and patience. But Bruno, always the most cheerful of the bunch, interrupted me. ‘No,’ he said, suddenly stern. ‘It’s we who should thank you, for showing our work to the world.’ I didn’t know what to say. I can only hope I have done them justice. 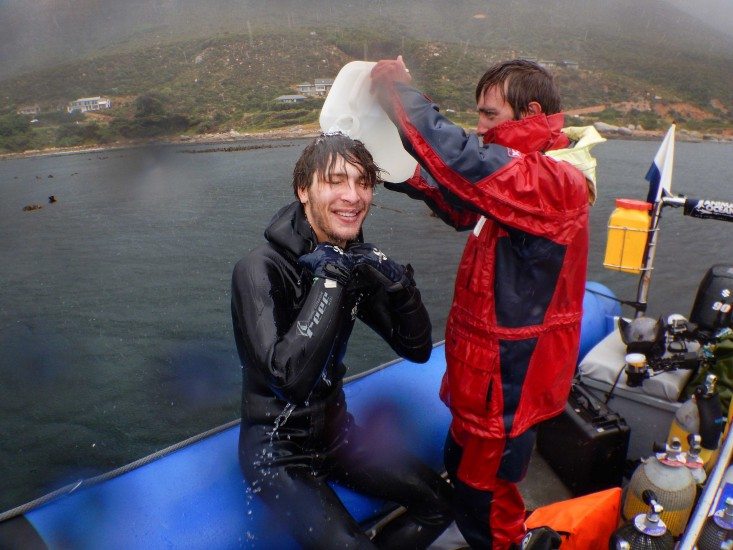 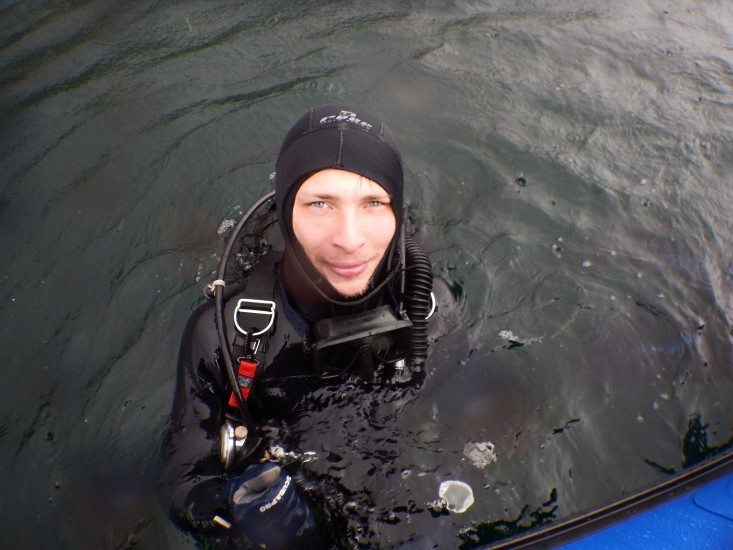 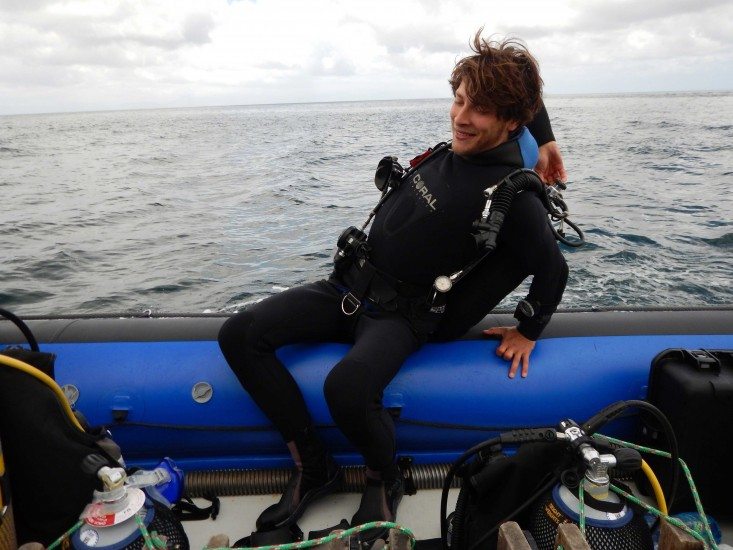 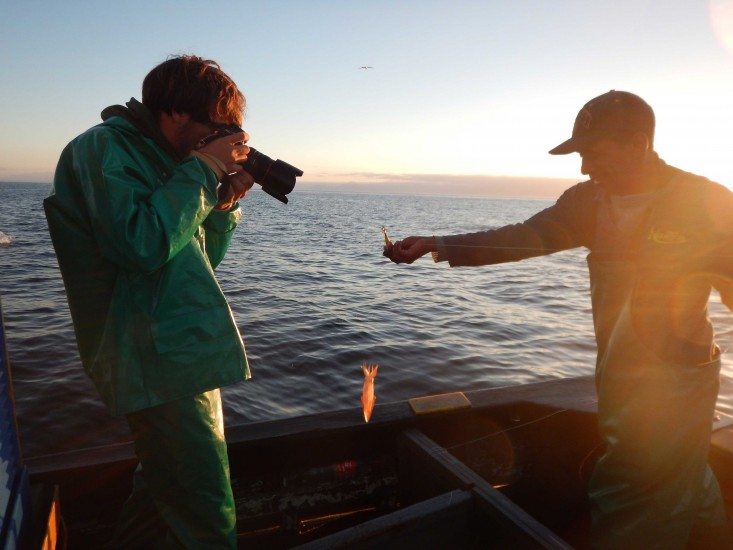 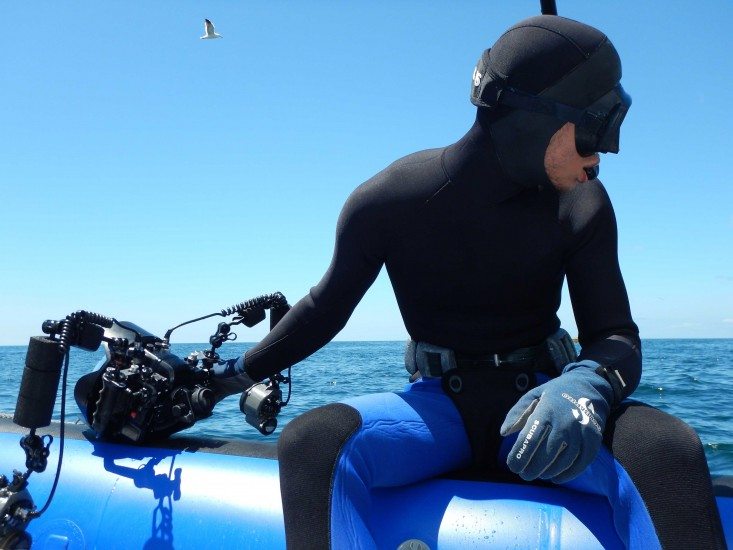 The Save Our Seas Foundation believes that photography is a powerful tool for marine conservation. We invite emerging conservation and wildlife photographers who have a passion for marine subjects to apply for our 2016 grant. This is a unique opportunity for photographers to go on assignment, earn an income and gain experience under the guidance of National Geographic photographer Thomas Peschak.