When you’re collecting data about a species, the first thing to do is identify it – and that’s difficult when it comes to mobulids. Daniel Fernando and colleagues are compiling an ID guide, in itself no easy task.

Words by Daniel Fernando
Cover image
Manta and mobula rays are not well understood. At least one of the reasons for this is the difficulty of distinguishing between species. By travelling around the world and studying both live and dead specimens, Daniel aims to create a guide that will enable scientists to tell which mobulid is which.
Photo by Steve De Neef

Although it happened almost three years ago, I still remember taking part in the initial discussion about creating a mobulid identification guide that would be both comprehensive and global. ‘How hard could it be?’ I thought. After all, there are only 11 species in total: two mantas and nine mobulas. Well, it turns out that it could be – and is – quite a complicated task, given the ambiguities surrounding some of the species. This, coupled with the complexity of conducting research in war-stricken or extremely remote regions of the world, made it all the more challenging. But I am getting ahead of myself. First let me explain why we set up this project in the first place.

It is no secret that manta and mobula populations are in decline around the world, largely because of the increasing demand for their dried gill plates, which are used in Chinese medicine. Like other elasmobranchs, mobulid rays are characterised by their conservative life-history traits, which make them highly susceptible to any fishing pressure and extremely slow to recover from depletion. But we need to be able to give fisheries management authorities a large amount of scientific data to demonstrate these traits so that they can manage the stocks appropriately. And this is where we encountered one critical problem. It became apparent that one of the constraining factors to collecting the data required was the difficulty in distinguishing between the 11 mobulid species. The result was that little – and in some circumstances even inaccurate – data were gathered. Either way, we realised that it was time for somebody to take the lead and create a global mobulid guide, one that would augment the data currently available and help researchers and enforcement agencies to identify specimens effortlessly.

Cover image
Manta and mobula rays are not well understood. At least one of the reasons for this is the difficulty of distinguishing between species. By travelling around the world and studying both live and dead specimens, Daniel aims to create a guide that will enable scientists to tell which mobulid is which.
Photo by Steve De Neef 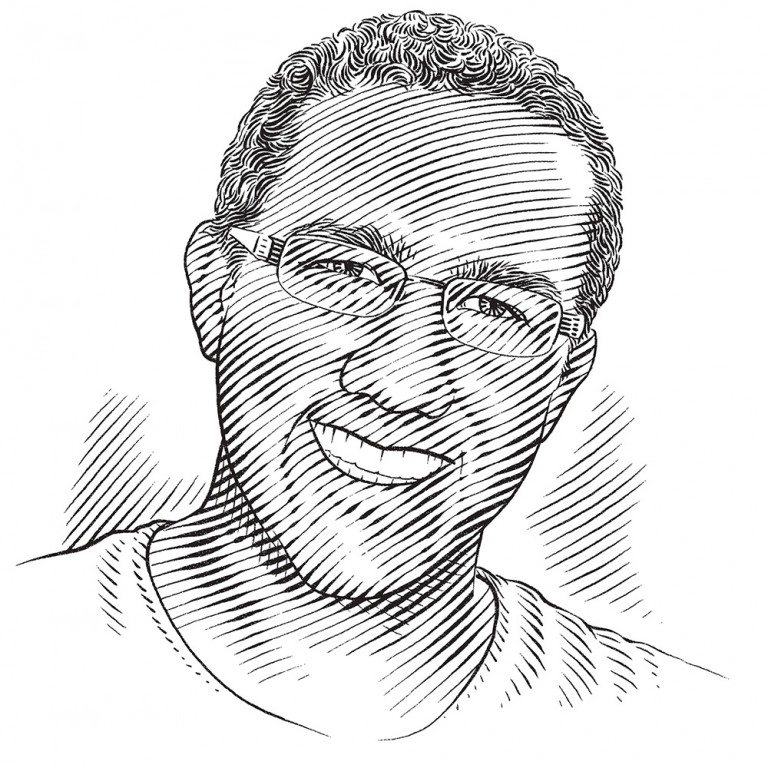 Obtaining the data necessary to create an ID guide proved to be no easy task. With help from Guy Stevens and Giuseppe Notarbartolo Di Sciara, my co-authors at The Manta Trust, we began by analysing all existing literature about mobulids, going back as far as the late 1800s to better understand which species were lacking the necessary information. We would then focus our time and resources in regions with the highest chances of encountering these species of interest. Of course, it turned out that we had to focus on all the species to some extent or other!

Fortunately, thanks to part funding from the Save Our Seas Foundation, my primary field research is in Sri Lanka, enabling me to gather data about five of the 11 mobulid species in significant detail. It felt good to realise that the countless early mornings spent at the chaotic, smelly and noisy fish markets were finally paying off – not just by providing information critical to the protection of mobulid rays at conventions such as CITES, but also by enhancing data in the ID guide. But this was not enough – there were still another six species out there! We decided to reach out to all the mobulid projects established around the world, some of which are part of the extensive Manta Trust network. News of our requests for information spread via e-mails, presentations at international conferences, Facebook, Twitter and countless Skype calls. Colleagues from all around the globe contacted us, helping to provide incredibly valuable data. But still there were some information gaps – and that is when my travels began.

My first trip was to India, the land of unbelievably vibrant and diverse fish markets. With help from a local colleague, Mohanraj Theivasigamani, we established a project funded by the Save Our Seas Foundation to continually survey two key markets near Tuticorin, a small city on the Coromandel Coast that is still famed for its pearl fishery, although it ended decades ago. What followed was a two-year project that generated a significant amount of data. Although this new information complemented what we had learnt in Sri Lanka, it unfortunately did not shed light on any new species for the ID guide. For a scientist, travelling the world is sometimes a requirement and often taken for granted. Yet there are some scientists living in communities that do not have this luxury. By far one of the most challenging projects we supervise is based in the Gaza Strip, Palestine. This began after we came across some videos in early 2013 that described a ‘mass stranding’ of Mobula mobular, an endangered species found only in the Mediterranean. Upon closer inspection of the videos, it was apparent that fishermen were extracting the rays’ gill plates and this made us highly sceptical that it had indeed been purely a ‘stranding’.

Through an elaborate network of contacts, we finally got in touch with Dr Mohammed Abudaya, who is based at Al-Azhar University in Gaza. After a brief investigation he was able to confirm that it was no mass stranding but a seasonal fishery targeting the rays. A few months later, with exclusive support from the Save Our Seas Foundation, we established a project to survey this war-torn region in 2014 and 2015. Usually I prefer to train researchers on the ground in person, but the political situation meant that I was unable to. As a result, we conducted the very first remote mobulid ID training workshop. We are now working to analyse these two years’ worth of extremely exciting data for the ID guide.

One species that proves to be particularly elusive is Mobula rochebrunei, which is apparently found only along the west coast of Africa. The one preserved specimen in existence resides in the Paris Natural History Museum, far past its prime. Sadly, Ebola broke out while we were en route to West Africa and we had to make a last-minute diversion to Morocco and Western Sahara, which yielded no additional information for this species. Making use of our extensive Manta Trust network, we finally got in contact with an extremely enthusiastic researcher in Guinea, Framoudou Doumbouya, who, using Save Our Seas Foundation funds, was instantly able to set about investigating the local markets in search of this species. We are now eagerly awaiting data that we hope will indicate or confirm the presence of this species in the region.

As I write this, I am heading down to Florida to visit the Mote Marine Laboratory, where a research group led by Kim Hull and Robert Hueter and funded by the Save Our Seas Foundation is studying eagle rays. During field research, members of the group have noticed recent aggregations of Mobula hypostoma, a species found only along the western front of the Atlantic. Thanks to their invitation to accompany them on a few field expeditions, I am looking forward to spending some days with these animals, as I have yet to see one in real life.

All this travelling is just the easy part of creating an ID guide. Using all the data accumulated from my travels and provided by colleagues at The Manta Trust, partner projects all around the world and any random contact I was able to make, we are now working to develop a database of information for use in the ID guide.

The next few months will be spent poring over the thousands of images taken to determine each and every morphological variation that can help us to differentiate between the extremely similar species. It’s a tough task, but there is consolation in knowing that the result will help to advance the protection of these species and ensure that legislation is adhered to. And more than that, all the projects created in the wake of this guide through The Manta Trust will help to obtain incredibly vital baseline information that is fundamental to a better understanding of these species.