On one breath index

William Winram, holder of two free-diving world records, enjoys diving on a single breath and unencumbered by scuba gear. Here he explains why.

Free-diving or breath-hold diving has been around for hundreds, perhaps even thousands, of years. It is our most ancient means to enter the sea to hunt and gather what we need. Personally, I started diving on a single breath of air more than 40 years ago. I began by holding onto my father’s neck when he swam underwater in the swimming pool. This progressed to my first introduction to diving in the sea while on vacation at age seven in Hawaii. From then on my father, a scuba instructor and search-and-rescue diver, began to teach my brother and me how to free-dive and, eventually, to scuba-dive.

His rationale for starting with free-diving was that it developed a level of skill and understanding of the aquatic environment that would be of great benefit to divers when they donned a tank and regulator at a later stage. He also argued that although free-diving was simpler in terms of the equipment required, it was more complicated in the physical effort and technique needed to be proficient. The investment made in learning to free-dive well would make for much easier diving on scuba later.

My father said too that free-diving instils in you a greater respect for the underwater world and that respect would foster a desire to look after the sea and preserve it for the future. It turns out he was right. I have taught countless scuba-divers to free-dive and although not all of them continued after the course, they all said how invaluable it was to learn the basic skills and breathing techniques because it made them more efficient at breathing and thus improved their experience on scuba. At the same time, it gave them a greater appreciation for the sea.

I am of the opinion that all forms of diving have their place, whether they be used for sport and recreation or for conservation. Rebreather diving, mixed-gas diving, diving on air and free-diving all have their strengths and weaknesses, risks and rewards. What I would like to share here is my perspective as someone who is certified for advanced open-water scuba-diving, but who primarily uses free-diving as an active tool either to explore and discover our underwater world or to aid scientific research – or both.

When teaching free-diving, I often speak of a ‘sense of belonging’. There is an innate sense that we belong in the sea when we are diving below its surface on a single breath of air. Some people describe it as a feeling of connection to our ancestry or other marine mammals, but whether or not this is so, that sense of belonging is indisputable: we do, in fact, belong in the sea. After all, we have the same physiological response to it that other marine mammals have.

Like dolphins, whales, seals and other marine mammals, we have what is known as a ‘mammalian diving reflex’. This reflex activates when you put your face in the water. It slows the heart rate, shunts or moves the blood from the arms and legs to the body core and causes the spleen to release old red blood cells back into circulation. Oxygenated blood is prioritised for the heart and brain as they are crucial to our survival; the other organs are temporarily put on hold as the body attempts to safely prolong your time under the water. 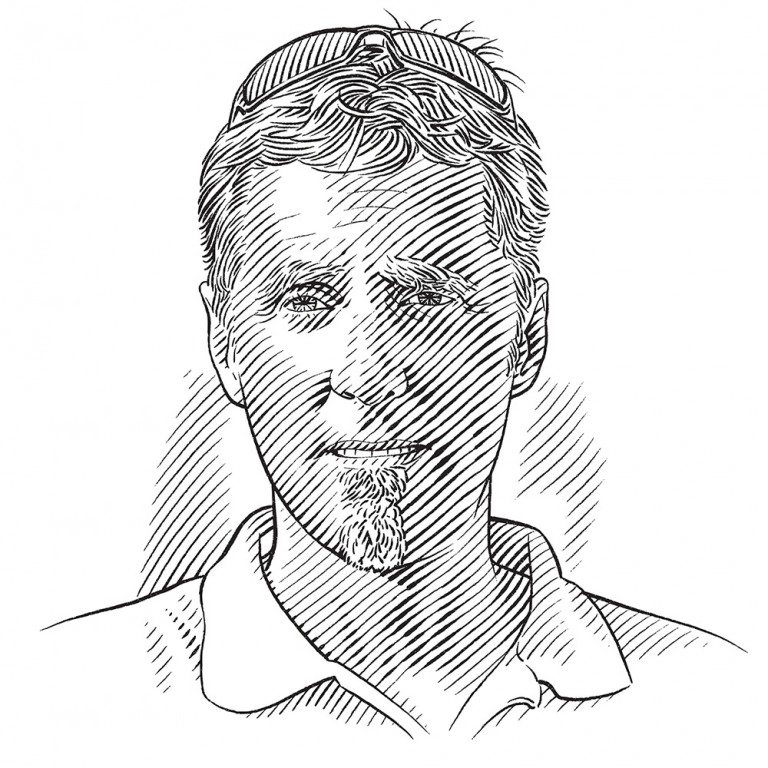 The strength of the dive reflex differs from person to person, depending on how often they dive and for how many years they have done so. The fact that we all have it is, for me, evidence that we are meant to enter the sea on a single breath of air.

As you practise free-diving mindfully, you will improve your ability to move in the water and to navigate the aquatic world quietly and proficiently – and that will give you the opportunity to discover new experiences and encounters you would not otherwise have. In addition, my experience over the years has shown that often when I am free-diving, marine animals approach me because I am on a breath-hold. Their curiosity at the strange spectacle of a human in the water overcomes their fear and they will approach me as if to get a closer look.

When you have achieved this level of quiet proficiency in free-diving, your ability to approach certain species will go beyond what is possible when you are scuba-diving. Many marine creatures view the release of bubbles (which is unavoidable in scuba-diving) as a form of aggression. A closed-circuit rebreather will solve the problem of the bubbles, but you then lose mobility and speed in the water, both of which are necessary for certain applications of free-diving.

Practically speaking, at a certain level of competency you lower your footprint in the sea. You are able to move as silently and efficiently as a human can in the underwater world. This allows you to approach marine creatures that are shy and elusive, such as the scalloped hammerhead shark Sphyrna lewini.

I choose free-diving because I like the simplicity of it. All I need is a mask, snorkel and fins, along with a weighted belt and a wetsuit. I also choose free-diving because there are a myriad of useful applications for it that can fulfil a need when it comes to scientific research and conservation. For instance, in remote atolls and regions where the infrastructure to refill tanks is not available or where the expedition does not have a boat with the requisite compressor or other equipment, the simplicity of free-diving enables the scientific team to conduct its research despite the lack of scuba tanks. Over the years I have met many scientists who free-dive in such situations, initially because they had no other option but then because they grew to appreciate its advantages.

Another example of a good application of free-diving skills is the tagging of sharks, and there are several aspects to the technique that lend themselves to this work. As a free-diver you move freely within the water column, descending to depth and, because you need to breathe, returning to the surface over and over again. While either descending or ascending you can easily change your trajectory in order to cross paths with an animal you wish to tag; you can adjust your depth freely within the limits of your breath-hold and depending on the shark’s movements. On a breath-hold, you are also able to move much more quickly in the water – and much more quietly. By comparison, on scuba you can move neither quickly nor quietly in a lateral direction because of the bulky equipment, and moving up and down fast and at depth will greatly increase your risk of a decompression accident.

When we free-dive to tag, there is a certain depth at which, due to the compression, we no longer float and we sink instead. This enables us to drop silently, maintaining a hydrodynamic form as we descend, and by making small movements of a hand or a fin to change the direction of descent we are able to sneak up on an unsuspecting candidate for a tag. This technique is particularly useful when dealing with extremely shy sharks like the scalloped hammerhead.

We employed this method when tagging scalloped hammerheads at the island of Malpelo in the Eastern Pacific in 2008 and again in the Revillagigedo Archipelago off Mexico in 2013. In the latter location, I was helping Dr Mauricio Hoyos, who had been unable to tag the species there for the past five years. As he explained, ‘It seems the bubbles and noise of scuba scares them off and does not allow me to get close enough to place a tag.’ Although the diving conditions proved difficult, with an extremely heavy current and the sharks staying below 20 metres, I still managed to place 10 tags in six days.

Another advantage of free-diving is that the shark’s life is not put at risk. Hammerheads are very fragile species and it has been scientifically demonstrated that they seldom survive the stress of being caught on a hook and line, and long-lines in particular result in very high mortality rates.

Typically, during tagging and biopsy work we try to work in a group of three: one tagging, one photographing or filming, and the third ensuring our safety by keeping a look out for other animals and boats. This is particularly necessary when working with a species like the great white shark Carcharodon carcharias, but it’s ideal for all other species too. Taking photographs while we work enables us to bring back images of the tagging process and of the animals, each of which bears unique markings or patterns on their bodies (such as fin shape or skin pigmentation) that help us to identify it again later.

Using a modified spear gun while on a breath-hold is the least intrusive method of tagging. As a free-diver, I can move silently towards the shark, aim for the area next to its dorsal fin and fire the spear shaft, which penetrates the skin to a depth of a few centimetres. As the shaft releases when the animal swims off, the dart and transmitter are left behind. The skin heals in 48 to 72 hours and we usually see the animals returning within a few minutes to a few hours.

With the current decline in shark populations and in the overall health of our oceans, it is imperative that we find ways to study these animals that minimise or erase the risk that they will be killed in the process. For this reason, tagging while free-diving is an important addition to the scientific repertoire.